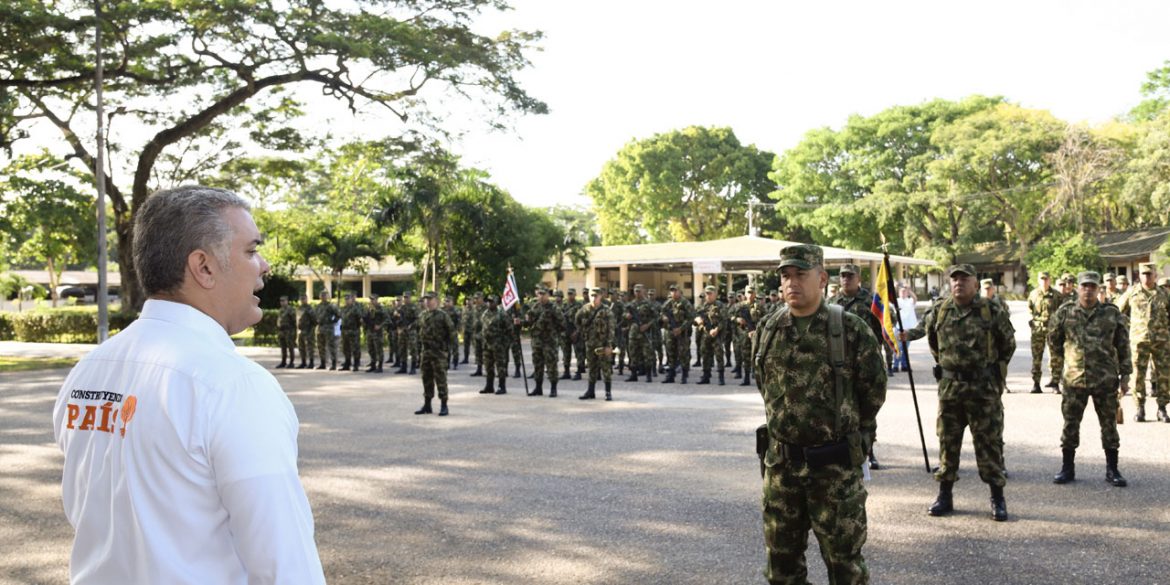 Guterres proposed the talks after Venezuela’s President Nicolas Maduro kicked off two weeks of military exercises and 11 members of the OAS agreed to invoke a 1947 pact in which OAS members vowed to defend each other in the event of an attack.

Duque, however, never recognized Maduro’s fraud-ridden reelection in January. The Colombian government and some 50 others support opposition leader Juan Guaido who controversially claims he is the legitimate president.

Guaido has tried to oust Maduro with the support of Duque and United States President Donald Trump twice this year, but failed rather pathetically.

Oblivious to reality, Duque told local press on Wednesday that he won’t talk to the commander in chief of the 150,000 troops on the Venezuelan side of the border, because he already “has excellent talks” with Guaido.

Duque’s consistent negation of reality has sunk his domestic approval rating, but this stopped being funny on Wednesday when he insisted on his government’s baseless claim that Maduro has teamed up with ELN rebels and FARC dissident leader “Ivan Marquez.”

Claims that Venezuela’s military has colluded with the ELN precede Duque’s presidency, but there exists no indication that Marquez is aligned with but the dozen FARC commanders he abandoned Colombia’s peace process with two weeks ago.

In response to the UN secretary general’s call for dialogue, Duque called on the UN Security Council to enforce resolution 1373 that allowed the US to invade Afghanistan in response to the terrorist attacks on New York City on September 11, 2001.

The UN Security Council, however, is monitoring a peace process to end Colombia’s internal armed conflict, making Duque’s proposal to turn his country’s peace process into an international armed conflict hilarious had it not been for Venezuela’s military superiority and the risks of civil war in both countries.