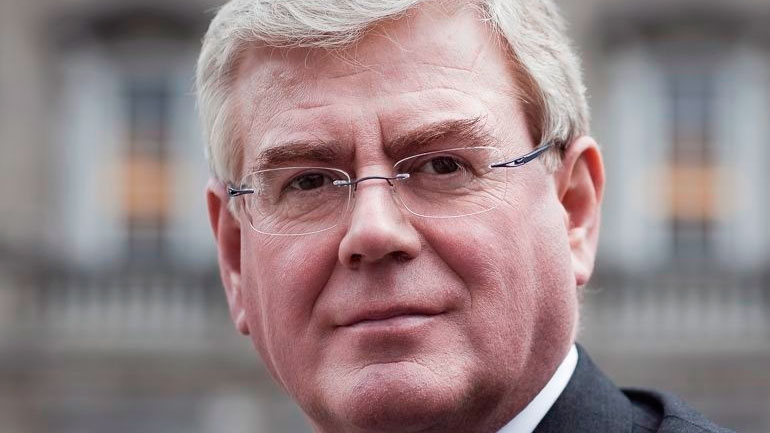 The special envoy of the European Union and Ireland’s former Foreign Minister, Eamon Gilmore, returned to Colombia on Monday to discuss European funds for Colombia if its government achieves a peace deal with the FARC.

Gilmore plans to stay in Colombia until Friday and has meetings schedules with top government officials and political parties.

The special envoy will also visit Colombia’s reintegration agency ACR, which will be in charge of the reintegration of FARC fighters in the event of an accord to end more than 50 years of drug-fueled political violence between guerrillas and state.

Before traveling to Colombia, Gilmore visited Cuba’s capital Havana where the talks are held to meet with the negotiation teams of both the FARC and the administration of President Juan Manuel Santos.

Between Monday and Thursday, the EU envoy will, among others, meet with Defense Minister Luis Carlos Villegas, Inspector General Alejandro Ordoñez and several congressmen.

Most importantly, Gilmore will meet with Post-Conflict Minister Rafael Pardo to discuss progress in the creation of the Trust Fund for Peace in Colombia, which the EU hopes to ratify in March.

Gilmore’s trip ends in Cali where the envoy will visit a EU-sponsored project that seeks to reduce poverty on the countryside, one of the main causes of the armed conflict.