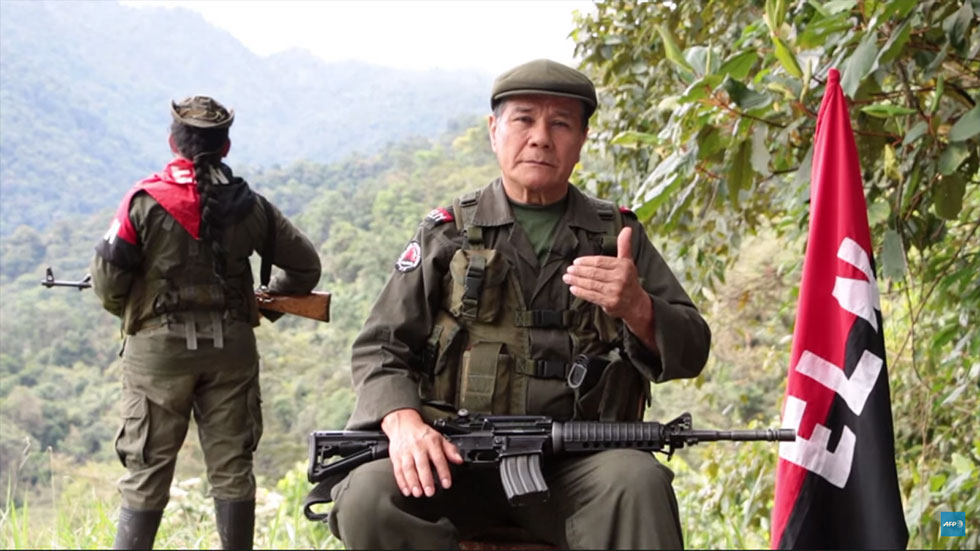 Colombia’s second largest rebel group, the ELN, said they will do what they can to facilitate the pending demobilization of the much larger FARC rebel group, but proved pessimistic about its own peace talks.

Top ELN commander Nicolas Rodriguez Bautista, a.k.a. “Gabino,” announced that the ELN guerrillas “will be respectful and sensible” in the areas where the FARC rebels will demobilize.

While he did not agree with the course or the agenda of the talks, Gabino said he respected the right of the FARC to negotiate an end to 52 years of armed conflict.

He added, however, that some of the demobilization zones where some 17,000 FARC members are set to concentrate for their demobilization and disarmament are in areas where also the ELN has operated for years.

While also engaged in peace negotiations, the ELN is still very much at war with the state which could cause incidents.

“So it is important the peace talks with the ELN continue,” Gabino said.

The ELN reiterated their criticism the government adding the condition that ELN “renounce kidnapping and return all hostages” after their March 30 agreement for the formal beginning of peace talks.

Kidnappings have continued though, with several traders and rice farmers captured this month, most recently in the Arauca where the ELN has stepped up its military activity.

While President Juan Manuel Santos tries to force the ELN to give up kidnapping as a precondition for talks, the ELN has said this is undue as in their opinion this should be a point of negotiation in formal talks.

“We do not … impose tax reform” as a condition for talks to begin, said Gabino’s whose organization has been kidnapping both Colombians and foreigners since the 1980s.

The FARC’s pending demobilization has major consequences for the ELN.

The country’s largest rebel group traditionally drew most attention from the military. The ELN, which operates in much more isolated areas, could expect many military resources now targeting them.