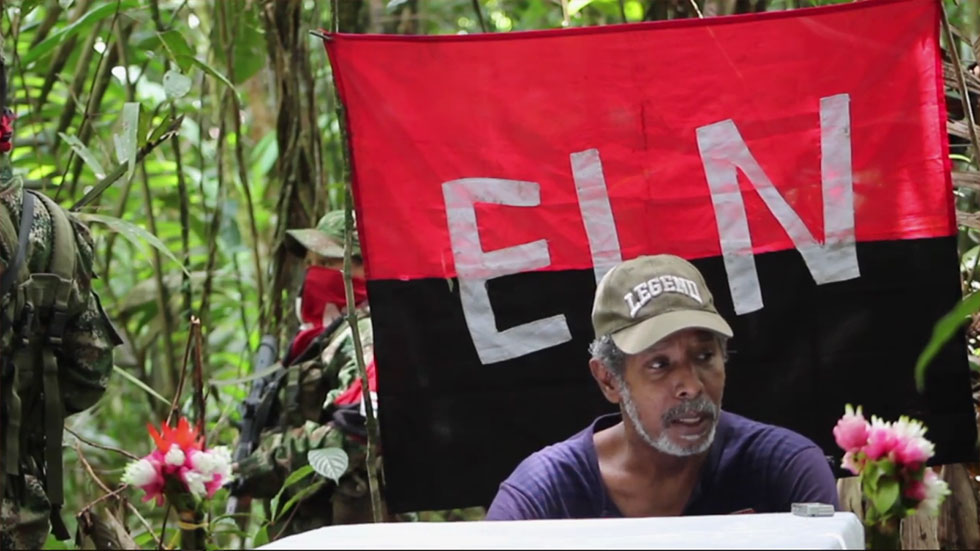 Colombia’s second largest rebel group, the ELN, released the first proof-of-life video of a politician who handed himself over to the guerrillas to secure his brother’s release last April.

The National Liberation Army’s release of former Choco state Governor Patrocinio Sanchez was initially hailed by the government as a peace gesture. But to the amazement of otherwise war-weary Colombians, a darker truth later emerged — that his brother, Odin Sanchez, had taken his place in captivity at the rebels’ demand.

President Juan Manuel Santos, who has ventured further than any of his predecessors in bringing an end to more than 50 years of guerrilla warfare, was forced to break off incipient peace talks with the rebel group.

In the undated, 11-minute video that surfaced Thursday, Odin Sanchez, a former congressman, urges Santos to resume talks with the ELN. Surrounded by heavily armed guerrillas in an undisclosed jungle location, he also complains about living in inhumane conditions comparable to what he calls the “fourth world.”

“The government laid a trap for the people when it said it was ready to initiate conversations and then signaled that other conditions were required, like the liberation of those who are kidnapped, something that wasn’t fully agreed to,” Sanchez says in one of the fiercer critiques of the government in the video.

The ELN is Colombia’s second-largest rebel group, with an estimated 1,500 fighters, and largely finances its insurgency through extortion and kidnappings. Almost four-year-old negotiations with the bigger and far-stronger rebel movement, the Revolutionary Armed Forces of Colombia, are expected to conclude in a peace deal in the coming weeks.

Sanchez’s family expressed relief and say they share his wish that Santos resume talks with the ELN. The rebels are demanding a $1 million ransom for Sanchez’s release.