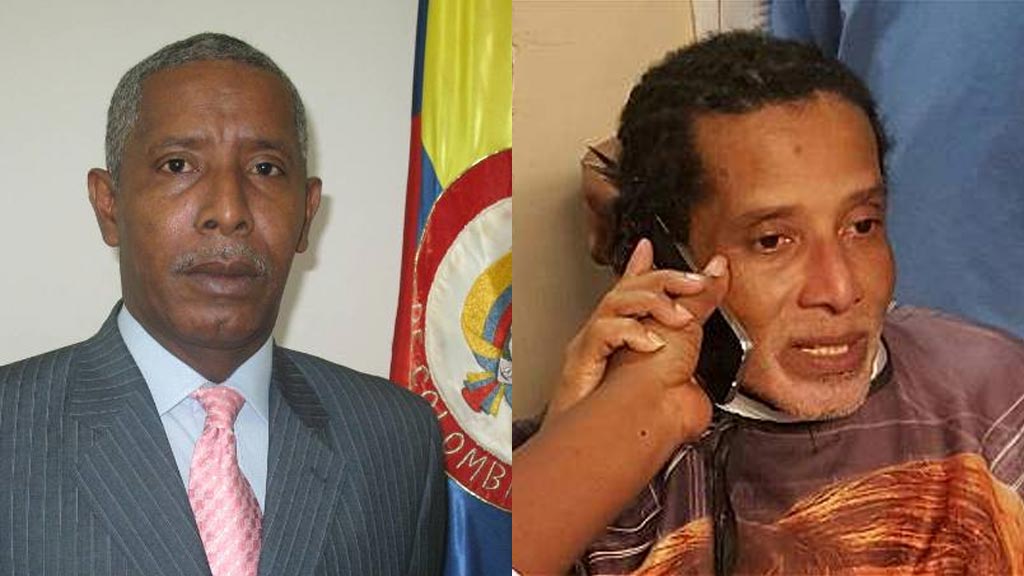 Colombia’s ELN rebels put peace talks with the government in doubt by releasing a former governor but replacing him with his brother, a former congressman.

Patrocinio Sanchez, the former governor of the western province of Choco was released on April 3 after two years and nine months in captivity.

ELN rebels release hostage in preparation for talks with government

After initially celebrating the politician’s release, it later came to light that his brother, Odin Sanchez, had disappeared and is being held by the ELN rebels instead.

As a result, the coalition U Party is demanding that the government suspend the start of peace talks until Sanchez is released.

“The party demands the immediate release of former House Representative Odin Sanchez Montes de Oca, kidnapped by the National Liberation Army, and requires the Colombian government not to start with negotiations until the freedom of the leader of the Choco province has taken place,” said the party in a statement.

ELN must free hostages before any peace talks: Govt

As of yet it is unclear as to how the events unfolded.

The only indication that the family received in almost two and a half years to clarify that Patrocinio was alive was a cassette tape with an audio recording.

In the recording the former governor urged his family “to make every effort to achieve my freedom, I am in very delicate health. Odin, seek my release. I’m pretty sick, do everything please.”

On April 3, three days after the announcement that the ELN are entering formal peace talks with the government, he was released without the normal protocol of contact with the Ombudsman or the International Committee of the Red Cross.

It is unclear if an exchange was arranged or if it was forced by the rebels.

General Humberto Guatibonza, of the National Police, said “Sanchez Montes de Oca family has been very reluctant to give information on whether the ELN contacted them. No complaint of kidnapping or disappearance in the case of Mr. Odin Sanchez was made. It is normal and we believe they can be intimidated.”

The released hostage Patrocinio claimed he only knows a half-truth.

“I do not know if my brother contacted the ELN or if it was the opposite; nor if he proposed the swap or he was deceived. I do not know how the ELN asked for me or how my release was negotiated,” he said.

On the morning of the April 3, just hours before the release a commander of the rebel group said, “For you to go home, an exchange occurred; Odin must remain in captivity.”

Peace talks with Colombia’s ELN rebels ‘to begin in May’

The controversy of this hostage “switcheroo” comes at a bad time as Colombia’s government prepare to engage with the ELN guerrillas in formalized peace talks in Ecuador supposedly starting in May.

The rebel group has battled a dozen governments since it was founded in 1964 and is considered a terrorist group by the United States and European Union.

It continued kidnapping and attacks on infrastructure even during the exploratory talk and these actions are in the same vein just weeks before official peace negotiations.