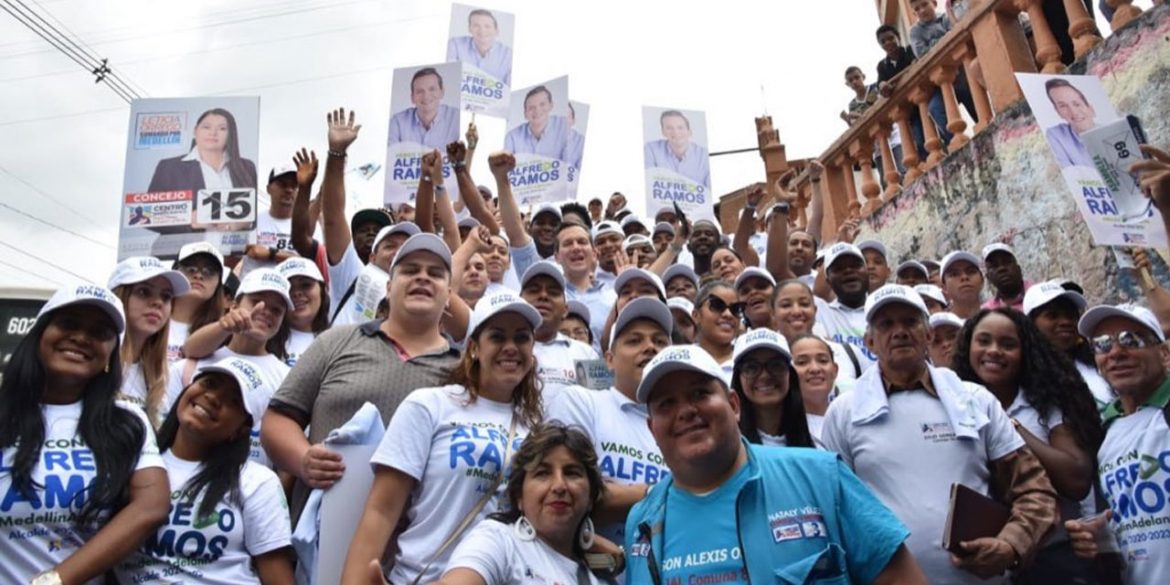 A week before Colombia takes to the polls, elections in the capital Bogota are expected to end in a photo finish while Medellin’s local elite may as well be preparing celebrations.

In Cali, which has suffered one of the dirtiest campaigns of the country, the race is still undecided.

With its seven million inhabitants, Bogota’s mayoral elections are the most difficult and the most expensive to corrupt.

While council candidates have been caught buying votes, the candidates for Colombia’s second most powerful position have been campaigning harder than anywhere else and have undergone the most scrutiny.

Leftist candidate Hollman Morris and conservative candidate Miguel Uribe are still taking part in the electoral show, but were never expected to win because of past controversies.

Leading candidates Carlos Galan and Claudia Lopez, whose records are clean, will have to campaign until the last minute as they are heading for a photo finish.

A poll released by the relatively unknown pollster T&SE indicated that both can count on little more than 22% of support.

Medellin: more exciting and dirtier than ever

Medellin’s election race has become more interesting over the past few months, but not enough  to really challenge the almighty Ramos dynasty.

Quintero, a former council member, started off with 8% in April, but has proven a formidable challenge to the family that believes democracy is hereditary.

Furthermore, the trial against former President Alvaro Uribe and the incessant blundering of President Ivan Duque, the Ramos family’s allies, are favoring Quintero’s calls for change.

On Friday, the candidate reported his latest death threat.

On Saturday, masked activists marched through the city’s center accusing the centrist candidate of being “dirty” and “immoral,” and on Sunday, banners claiming that leftist Senator Gustavo Petro supported Quintero suddenly appeared.

Campaigning in Medellin hasn’t been this dirty in recent memory, but is risky.

The “paisas” are accustomed to vote out of fear, but Medellin is changing. The extraordinarily dirty campaign could work in Quintero’s favor as anyone can guess who the dirtbag behind it is.

Cali: the dirtiest of all

The election campaign in Cali has by far been the dirtiest of all as two questionable clans are leading the race without any apparent qualms about playing dirty.

Former mayor Jorge Ivan Ospina is comfortably leading the race despite a corruption investigation against him, bad blood with local newspaper El Pais and a barrage of disinformation launched by his far-right opponent, Roberto Ortiz.

Ortiz’ problem is that he’s with the politics of president Duque and Uribe. With the exception of Medellin, this is a liability in Cali where many want nothing to do with the “uribistas.”

In an absurd response to Ortiz’ dirty campaigning and El Pais’ critical reporting, Ospina went on hunger strike in a tent laden with political propaganda in the center of the city.

The former mayor called off the strike when he was widely criticized for politicizing his own alleged corruption and probably got hungry.