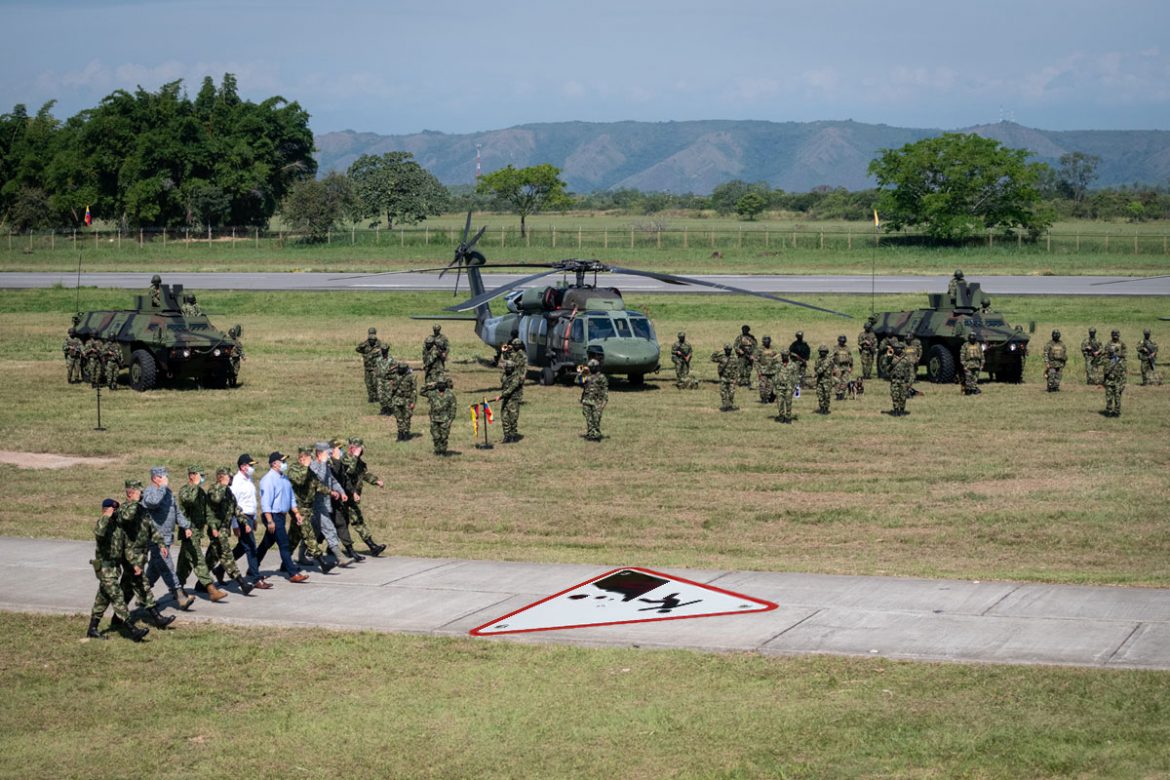 During a military ceremony, the far-right president inaugurated the so-called Counternarcotics and Transnational Threats Command (CONAT), a new “elite force” of 7,000 soldiers.

The new force replaces the National Army’s Special Counternarcotics Brigade and will support the much larger Joint Task Force units that are fighting illegal armed groups in historically violent areas.

The CONAT appears to be larger version of the now-defunct Counternarcotics Battalion that was formed in 1999 as part of “Plan Colombia,” a strategy to combat both drug trafficking and illegal armed groups with the US military.

Like the Counternarcotics Battalion, the CONAT will consist of ground troops that can count on significant air support.

Like in 1999, the president uses drug trafficking as a pretext for increasingly aggressive military action to curb escalating violence by illegal armed groups in the countryside.

Drug trafficking is the perverse force that murders social leaders, those who are in the process of returning to legality and is the one that intends to return to sow horror, so today, the security forces will go without contemplation to destroy the structures of drug trafficking.

Duque is additionally trying to resume the aerial spraying of coca, a key element of Plan Colombia, which failed as a counternarcotics strategy, according to the United States’ Government Accountability Office (GAO).

The Colombian military endeavor cannot count on explicit support from Washington DC, which bankrolled much of the original Plan Colombia.

Duque has been under increasing international pressure to implement a 2016 peace deal with demobilized FARC guerrillas and prevent a new cycle of armed conflict.

The president’s political and criminal allies have consistently opposed the peace process, which seeks to dismantle illegal armed groups and combat drug trafficking,

The peace deal also introduced a war crimes tribunal that is investigating the alleged involvement of the military and Duque’s allies in war crimes.

The goal is to fight drug trafficking by air, land and sea without truce, we will put an end to this evil that afflicts Colombia. This will be the victory for all Colombians.

Molano is unlikely to destroy Colombia’s illegal armed groups or achieve “victory” over drug trafficking, but may be able to further plunge Colombia into violent chaos in order to protect his criminal associates.

Duque’s possibly criminal policy cannot count on the support of the United Nations, the European Union or even US President Joe Biden, who supported Plan Colombia as Senator.

US Secretary of State Antony Blinken explicitly expressed his support for peace in January and Ambassador Philip Goldberg met with the president of the Special Jurisdiction for Peace on Saturday.