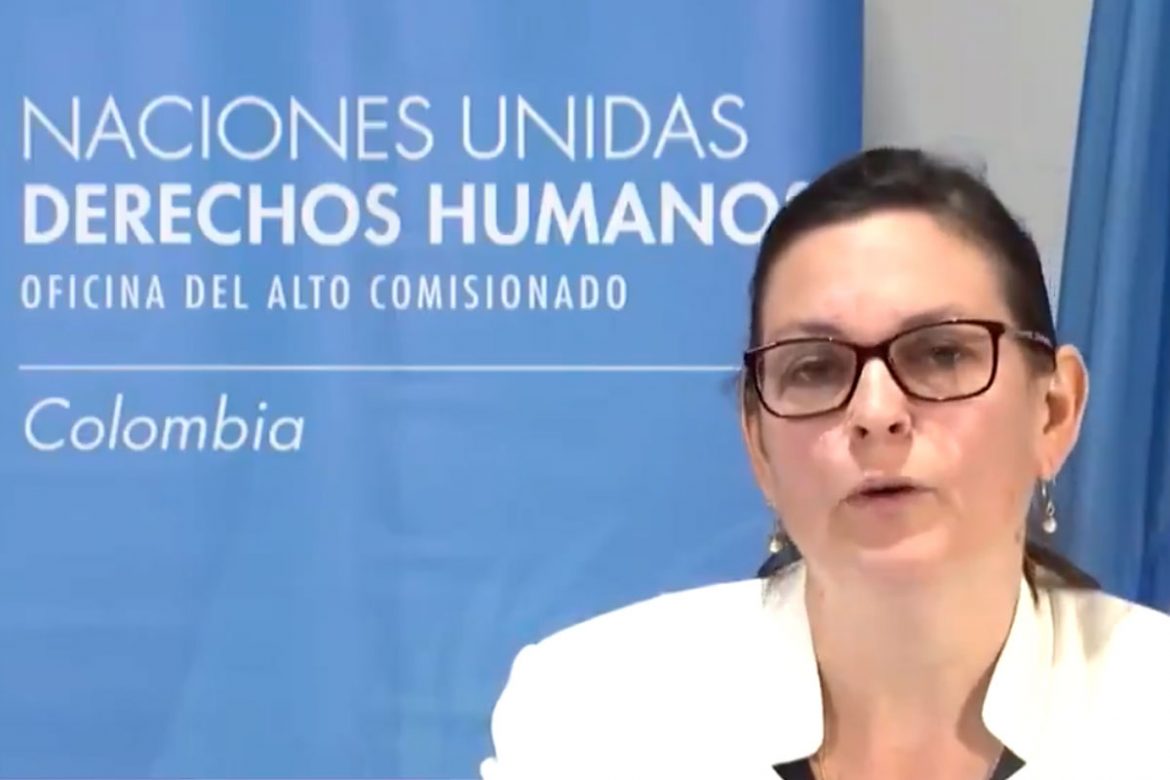 The director of the United Nations’ human rights office in Colombia urged to prioritize a government policy to dismantle paramilitary groups in order to secure peace.

In an interview with newspaper El Espectador, High Commissioner for Human Rights (HCHR) representative Juliette de Rivero said on Wednesday she had urged the government to step up efforts to dismantling of the illegal armed groups held responsible for much of the country’s persistent violence.

According to the HCHR’s annual report, 133 human rights defenders and community leaders were murdered in 133, the highest number since a peace deal with former guerrilla group FARC in 2016.

The UN human rights office additionally stressed that it had registered 76 massacres, the highest number since 2014.

Intensity of violence against social leaders

The HCHR “urges to redouble efforts to implement all chapters of the Peace Agreement. This means reinforcing the security guarantees provided for in the Agreement and promoting the adoption and implementation of a public policy to dismantle criminal organizations, including the successors of paramilitarism through the National Commission of Security Guarantees” (NCSG).

According to Rivero, particularly the “networks, these criminal groups, these structures” formed by former members of now-defunct paramilitary organization AUC in collusion with the private sector and the military “are at the origin of the attacks against social leaders.”

These paramilitary structures were promoted by President Ivan Duque’s political patron, far-right former President Alvaro Uribe, until the US Government designated the AUC a foreign terrorist organization in 2001.

Duque’s failure to summon the commission that is supposed to come up with a policy to effectively dismantle these paramilitary structures has been one of the government’s most blatant failures to comply with the peace deal.

The HCHR additionally stressed that implementing the peace deal “means deploying a comprehensive State presence in the most affected territories” where political violence and armed conflict persists.

This has put the civilian population, and particularly social leaders, in the line of fire while promoting the peace process.