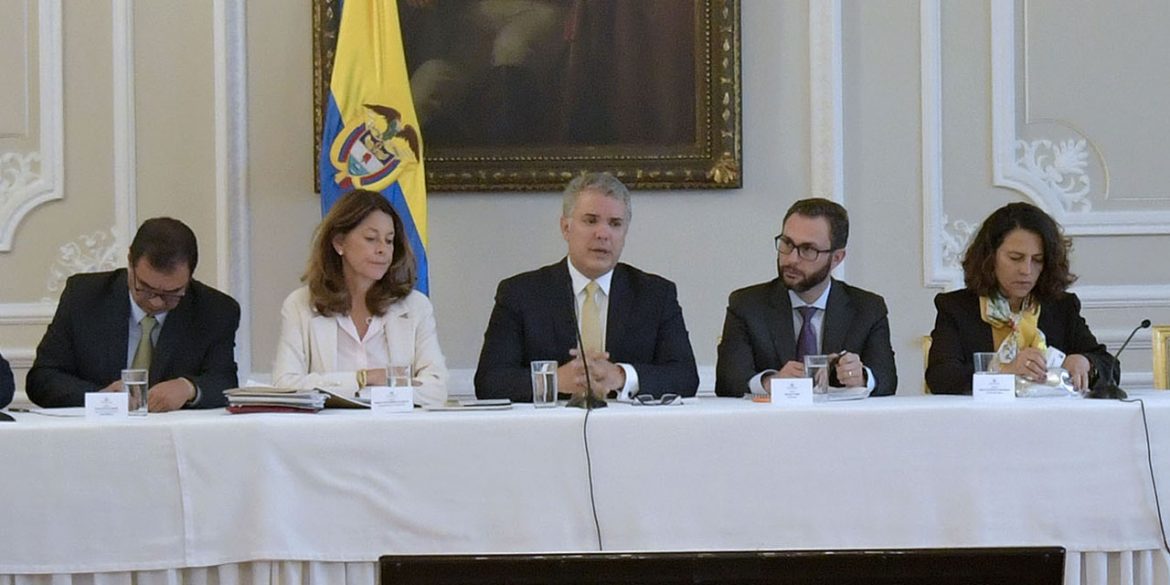 In a letter, Defendamos la Paz and 56 lawmakers that make up a “peace coalition” in Congress sided with strike leaders and rejected President Ivan Duque’s initiative, further isolating the president.

Duque is facing the largest anti-government protests in more than 40 years and invented a “National Conversation,” which excludes the organizations whose national strike sparked the protests that are entering their second week.

According to the peace movement and the pro-peace lawmakers, “neither the form nor the content of your ‘National Conversation’ is either inclusive, democratic or efficient.

The peace movement, the lawmakers and the strike leaders jointly proposed a “National Table of Dialogue” that includes the strike organizers, youth organizations and ethnic minorities who have been spearheading the massive protests.

This does not prevent, of course, the national government from maintaining conversations with the political parties and movements represented in Congress, the business associations, businessmen, the international community and other sectors that have not been involved in the protests that can contribute to the development of the agenda.

The only ones supporting Duque’s initiative have been business associations and US Secretary of State Mike Pompeo, but virtually nobody in Colombia cares what the administration of Donald Trump and the business elite say.

The public interest vs corporate interests

Both Duque and Pompeo appear to be trying to defend corporate interests, in opposition to the protesters, the church, the inspector general, lawmakers and newly elected mayors and governors, who expect the government to defend the public interest.

In the letter, Defendamos la Paz and the lawmakers said talks to effectively end the protests should “revolve around civil society’s proposals, not the government’s current policy,” and must include the demands of the organizers of the national strike.

Last but not least, the peace movement and the strike organizers called on Duque to end the militarization of cities and end all violence “against the peaceful protests of the citizens by the security forces and, in particular, the ESMAD,” the controversial anti-riot police unit that already has killed one person.

Duque continues ‘National Conversation’ with himself 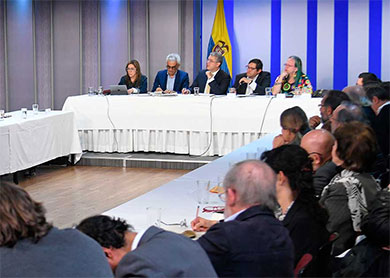 As if he hadn’t lost control days ago already, Duque continued his “National Conversation” on Thursday without the participation of any relevant actor in the ongoing protests.

The president appears to be avoiding negotiations with the strike leaders at all cost because he has no leverage.

Duque has destroyed his political capital by trying to push through his party’s far-right agenda without either public or congressional support.

The government’s initial attempts to stigmatize and repress the protests has backfired and has sunk Duque’s approval rating even further. The apparent strategy to wear out the protesters appears futile; protests entered their second week on Thursday without any apparent loss in momentum.