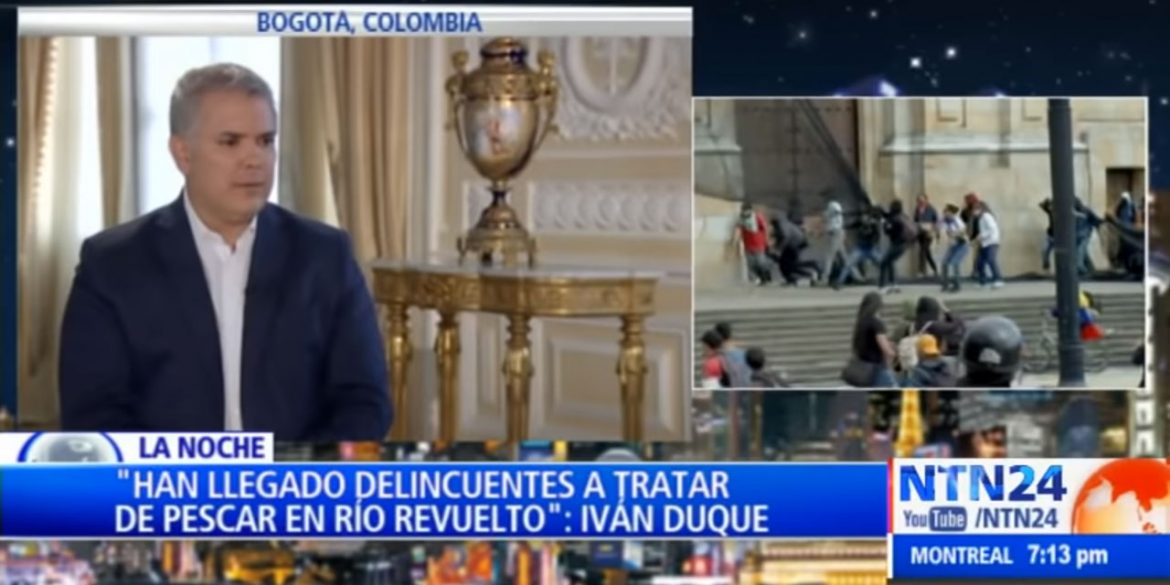 Colombia’s authorities arrested innocent citizens and expelled innocent Venezuelan migrants in an apparent cover-up of an “orchestrated campaign to sow terror” in Bogota and Cali last week, according to local media.

According to public television network Canal Uno, judges have so far ordered the release of at least 10 Bogota residents who were arrested on fabricated vandalism charges.

Attorneys and investigators additionally told the news network that only one of the 59 Venezuelan migrants who were expelled from the country was formally accused of criminal activity in the aftermath of what increasingly appears to be a state-sponsored terror plot to crack down on peaceful protests.

Of the 146 people who according to President Ivan Duque were arrested on November 22, media have reported on the conviction of only one man who pleaded guilty to stealing a bus and driving it into a supermarket.

A youtuber who filmed herself vandalizing a bus station has been charged, but was allowed to await trial in liberty.

Today, authorities are checking security cameras to identify those who spread fear and to find out if there was a black hand to generate panic. 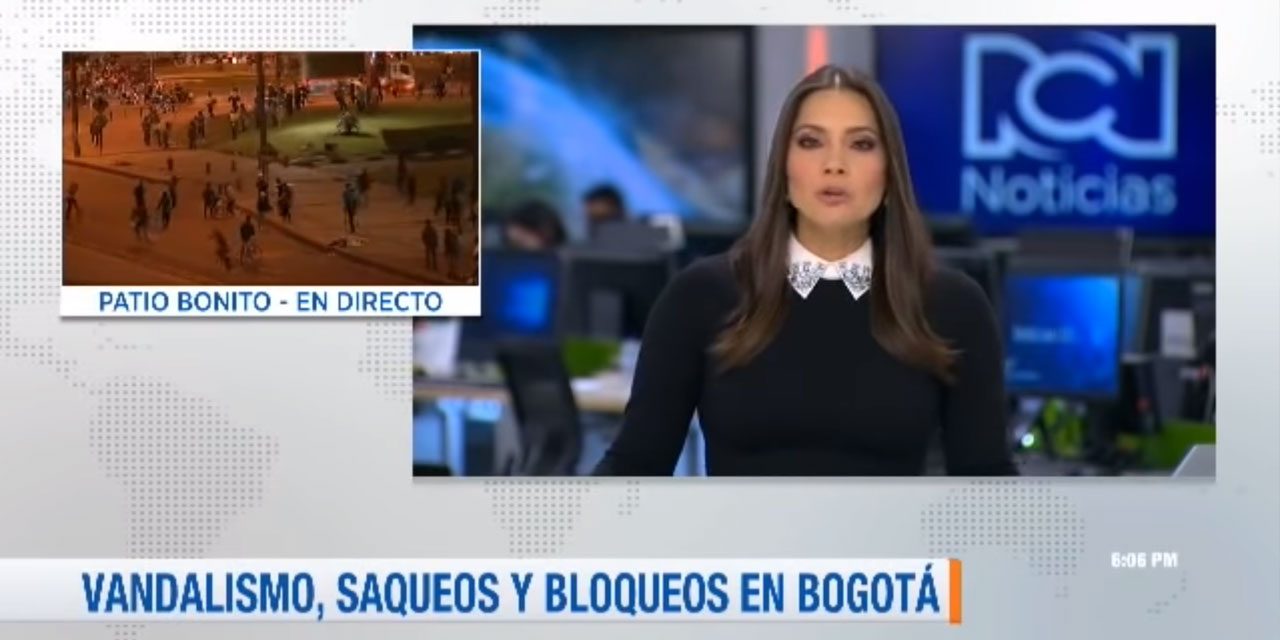 Newspaper El Espectador reported on Friday that authorities in Bogota and Cali had not been able to prove one case of mass robbery cited by Duque to justify the curfew that was imposed in Bogota hours after police violently repressed peaceful anti-government protests.

In his speech, Duque used unverified news reports of mass robbery broadcast by corporate television networks that are notorious for misinforming the public.

After warnings by opposition politicians, dozens of citizens took out their mobile phones only to register evidence of alleged police involvement in vandalism that took place while the curfew was in place.

Unaware of the piling evidence of police involvement, Bogota Mayor Enrique Peñalosa said around midnight that the news reports on mass robberies were part of an “orchestrated campaign to sow terror” that had generated similar mass hysteria in Cali the night before.

On Monday, Migration director Christian Kruger said that “what we will not tolerate is that a group of misfits come to affect the security of our cities,” in a press release in which his office explicitly said the mass expulsion “was taken in a discretionary and sovereign manner,” not because anyone had committed a crime.

“We found out that the practice was that they renounced” their right to an attorney under police pressure, law professor Ana Bejerano of the Los Andes University said.

According to Ronal Rodriguez of the Rosario University, police arrested the Venezuelans only because of their nationality.

I know several cases of Venezuelan musicians who were arrested only for playing music on the street. 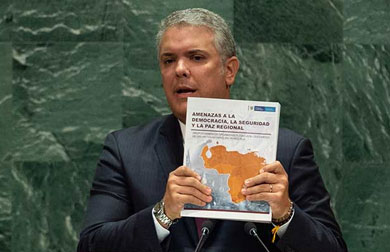 This instance of the Duque administration’s apparent failure in the use of fabricated claims and evidence to validate unsubstantiated conspiracy theories is the second in three months.

In September, the president was humiliated internationally when he presented the United Nations General Assembly with fabricated evidence to “prove” ties between his Venezuelan counterpart Nicolas Maduro and Colombian guerrillas.

Duque’s blunder in New York effectively strengthened the position of Maduro and all but ended international efforts to convince Venezuela’s authoritarian leader to call elections.

This time, the conspiracy theory Duque had been spinning weeks before the national strike also backfired, increased support for the anti-government protests and put the president’s minority coalition on the brink of collapse.

The ongoing investigations will determine whether Duque was purposely terrorizing his own citizens or unknowingly playing a key role.