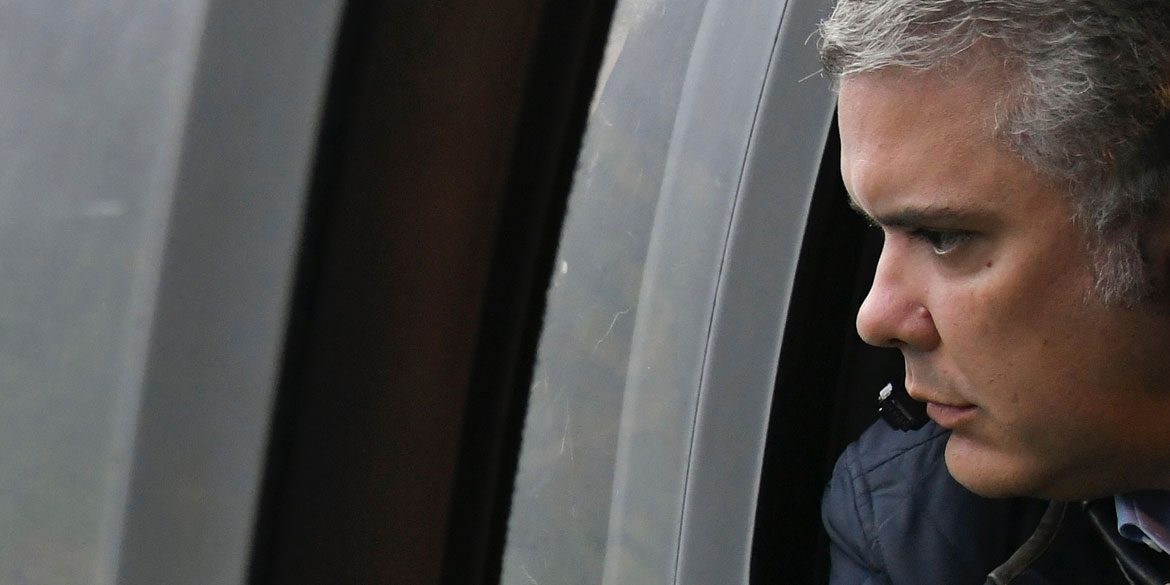 The approval rating of President Ivan Duque this month dropped to its second lowest point since he took office in August last year and reached 28% in June, pollster Yanhaas revealed Thursday.

Yanhaas’ poll contradicted a a recent poll by Datexco, which registered Duque’s approval rating had slightly improved from 29% in April to 32% early this month.

Ironically, particularly young Colombians disapprove of one of the youngest president in the history of the republic. Duque’s disapproval among people between 18 and 24 reached 81%. Only 17% of Colombians within this age group approve of their president.

Duque can count on significantly more support among older Colombians, Yanhaas indicated. Of people older than 55, 44% said they approved of the president and 39% disapproved.

Duque’s low approval rating is historic as no Colombian president in the history of polling lost the approval of Colombians in such a short period of time.

While dramatically low, Duque’s approval rating is relatively good compared to his cabinet, which can count on the approval of only 25% of Colombians and is disapproved of by 68%.

The high disapproval rating of the Duque administration appears to be mainly due to Colombians’ negative perception of his economic policies and perceived inability to curb corruption.

Seventy-three percent of Colombians disapproved of how Duque is dealing with corruption against 22% who said the president was doing well.

Despite Duque’s reiterated claims he has been “recovering” the economy, 88% of Colombians told Yanhaas they believe the opposite and said the economy has stagnated or is getting worse. Only 11% said they believed that the country’s economy has been improving under Duque.

In regards to the president’s approach to the country’s historically high unemployment rate, 69% said they disapproved about the government’s labor policies and only 6% said to approve.

Only 21% of those interviewed said to be optimistic about the future of Colombia against 41% who expressed pessimism.