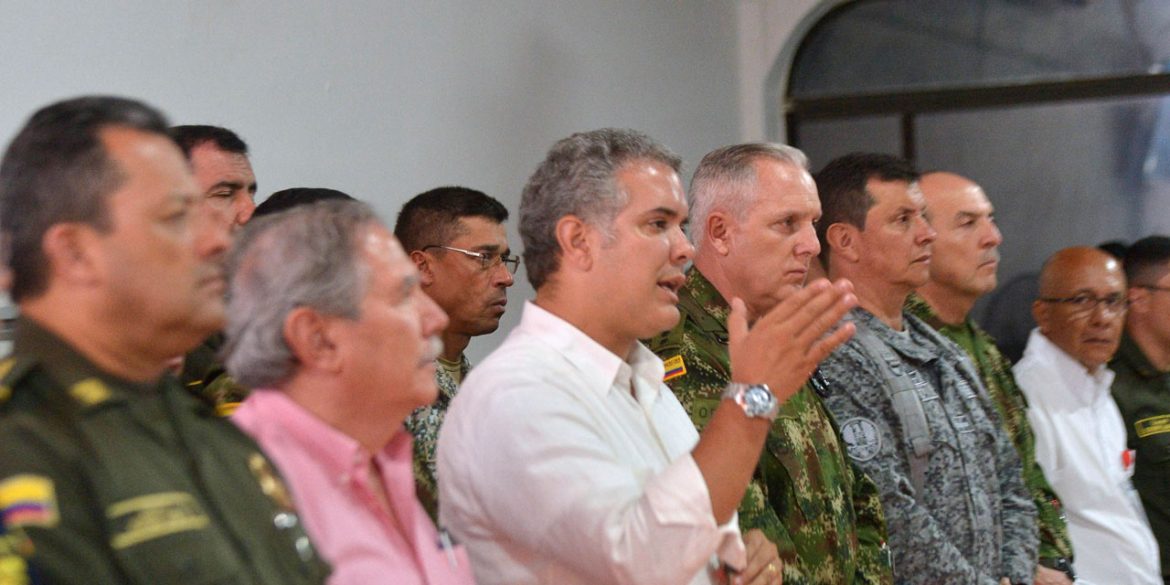 Colombia’s President Ivan Duque on Thursday vowed to send the military after the AGC, the country’s largest illegal armed group that offered to submit to justice a year ago.

While speaking in Carepa, a town terrorized by the paramilitaries, Duque implied he will abandon preparations for the voluntary demobilization of the Gaitanista Self-Defense Forces of Colombia (AGC).

Colombia’s state is notorious for violating agreements with illegal armed groups, which has perpetuated armed conflict for decades.

According to the AGC, the group exists primarily because former President Alvaro Uribe betrayed demobilization agreements made with the AUC, the paramilitary umbrella organization that demobilized between 2003 and 2006.

Voluntary demobilization off the table?

The AUC dissidents offered to submit to justice in September last year and have been waiting for Congress to pass legislation that would allow the collective demobilization of their estimated 7,000 members since then.

This legislation was passed last month, after which former President Juan Manuel Santos implied that the AGC’s submission to justice was imminent. The paramilitaries have not confirmed this.

The change of administration on August 7 seems to have changed everything; Duque has refused to commit to any agreement made by his predecessor, particularly in regards to negotiated efforts to reach peace in the country that has lost more civilians to political violence than any other country in the hemisphere.

Top government officials reportedly told newspaper El Tiempo earlier this week that there has been no contact between the new administration and the paramilitaries’ defense attorneys.

On Thursday, Duque appeared to entirely discard the possibility of the AGC demobilizing voluntarily. Instead, he vowed to “dismantle this criminal network” through force.

“Their leaders will know that they will have the security forces breathing in their necks,” said Duque, who promised “more heavy blows to the leaders of this group.”

“I hope to give more conclusive results against the leaders of the Gulf Clan in the coming days,” said Duque.

Duque could be bluffing as Colombia’s security forces have never been able to defeat an illegal armed group; rampant corruption has devastated the effectiveness of the military, the police and other state institutions.

Chronic state neglect and a blossoming illegal economy has made the recruitment of new members relatively easy for any group defying state authority.

Consequently, much of the country’s rural territories are not under control of the central government in Bogota, but ruled by guerrillas, paramilitaries, drug traffickers or other alternative power structures.