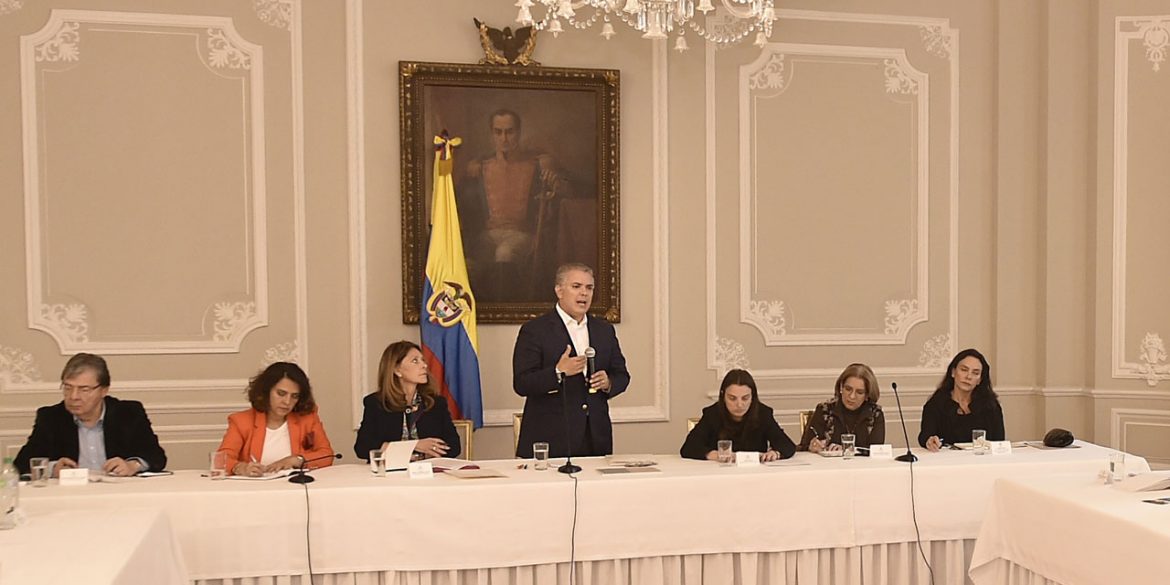 Ahead of a second national strike in a week, Colombia’s President Ivan Duque on Sunday ended his denial of broad discontent over his administration.

Duque’s first attempt to appease protesting citizens followed four days of persistent protests throughout the country and escalating protests in the capital Bogota.

Following a meeting with elected mayors and governors, Duque acknowledged that citizens “have accumulated dissatisfaction for years, for decades, and their yearnings today are those that most need our attention.”

There are many young people in Colombia who have frustrations, who want to go to study, who want employment, and our duty is to build those mechanisms and those opportunities by listening to them.

The president’s acknowledgement of discontent is a major change in attitude compared to his previous attempts to stigmatize protesters and deny the validity of their demands, and violently repress these protests.

A terror campaign allegedly orchestrated with the police in Bogota and the near assassination of a student triggered an uprising in the capital on Saturday.

The escalation forced the president to advance meetings with mayors and governors as part of a “National Conversation” announced on Friday.

According to Duque, these talks with social leaders will extend until March.

Bogota Mayor-elect Claudia Lopez, who personally met with the president, told press she had urged Duque to accelerate these talks and urgently meet with the leaders representing the protesters.

I believe that extending this until March is a bit late… I also believe the people in the streets are asking for immediate and appropriate action, and that doesn’t take three months. I would also say, with all respect, that three months won’t stand.

On Monday, labor unions, students and indigenous groups will hold a second day of mass marches to reiterate their demands for policy changes and an end to the violent repression of their right to protest.

Particularly in Bogota, which has seen most repression, marches are expected to be overwhelming.

One of the most impressive acts of protest in the capital on Sunday was during a football match when fans of local side Santa Fe chanted “this is not government. The paramilitaries are in power.”

In other cities and towns, where local authorities have been considerably more respectful, protests have been almost entirely peaceful, but persistent.

Also outside of the capital, hundreds of thousands have been organizing to lay down work for a second day of massive and peaceful marches.