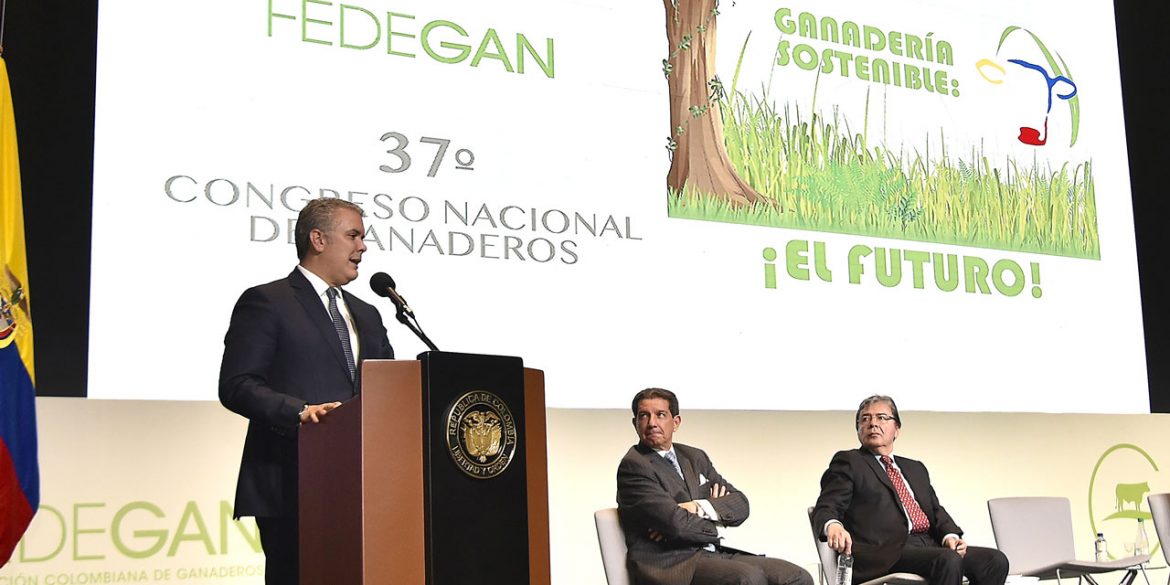 Colombia’s President, Ivan Duque, reverted to the discrediting of swelling anti-government protests after the failure of talks with strike leaders intensified protests and saw a resurgence of violence.

In a speech at a summit of controversial ranchers federation, Fedegan, Duque ended the conciliatory rhetoric that followed the death of a student who was shot by police.

Instead, the president again tried to discredit swelling and largely peaceful protests by focusing on violent incidents, a tactic which, over the past weeks, has only fueled support for the protests.

We are living moments of great demand in society, but let us be clear: here the arsonists will not win with violence what they did not win at the polls.

Distancing themselves from Duque, US, EU and UN stress anti-government protesters’ peaceful nature

Furthermore, Duque claimed he was leading “a government that keeps its word,” despite breaking promises made during the election campaign in 2018, and to social organizations throughout his 15 months in office.

To further undermine his credibility, the president said, “we do not favor allies that affect public resources.”

Despite evidence of the ranchers federation’s rampant corruption, Duque’s agriculture minister returned  control of the $26 million a year National Ranchers’ Fund to Fedegan, which is run by the controversial husband of a senator from Duque’s far-right Democratic Center party.

The decision was fiercely criticized because of the lack of transparency in the apparently nepotist decision.

Apart from facing corruption allegations, Fedegan was one of the main financiers, in the 1990s, of paramilitary groups which killed approximately 100,000 people.

The president went on defending his widely rejected policies, claiming that “I have done nothing other than comply with the government program, which was backed by more than 10 million votes.”

According to Gallup, Duque’s unpopular policies and failure to execute other policies had sunk his approval rating to 29%  even before the national strike began.

The president’s party received a beating in local elections last month and is facing escalating anti-government protests over his refusal to compromise either with parties outside his minority coalition or with the strike leaders leading the protests.