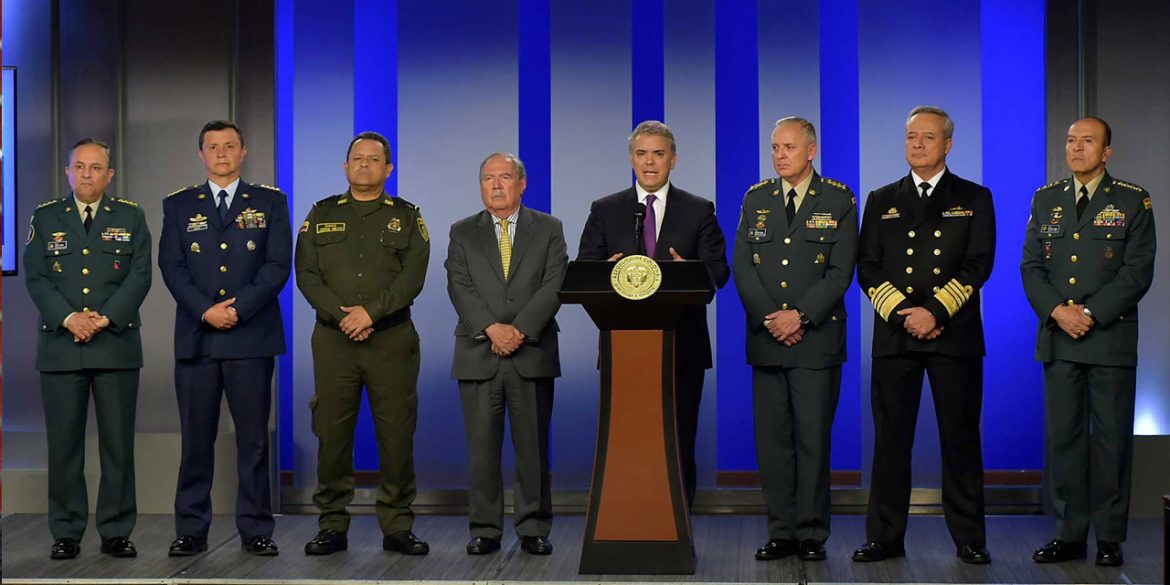 Colombia’s President Ivan Duque replaced his country’s entire military command on Monday, securing the loyalty of the military and police.

Duque announced the new commanders of the military and police on Monday and vowed to continue the controversial security policies of his defense minister Luis Guillermo Botero.

The new commander of the armed forces is Major General Luis Fernando Navarro, the former second in command of the National Army.

The new National Army commander is Major General Nicacio de Jesus Martinez, who was the army’s Inspector General until Monday.

Major General Oscar Atehortua was named National Police director. He was that institution’s inspector general before.

Major General Ramses Rueda is the Air Force’s new commander. He too was inspector general of his branch of the armed forces before being promoted to commander.

The replacements in the top of Colombia’s military are no surprise; many presidents replace the top commanders to secure the loyalty of the mighty armed forces.

The new commanders were close to their predecessors and are likely to continue along the same line of the outgoing commanders.