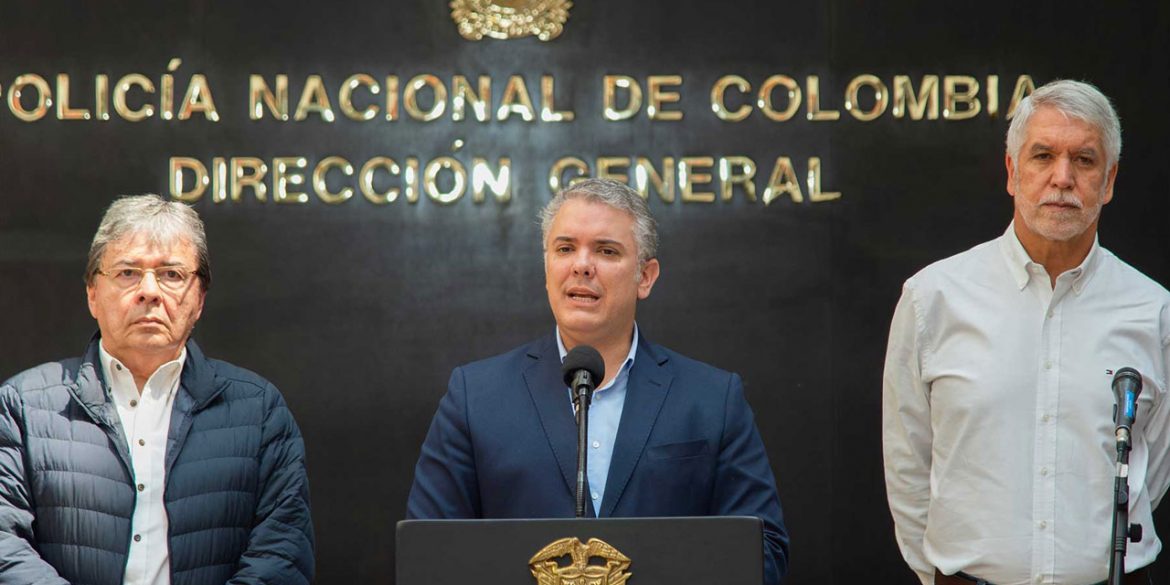 In a press conference, Duque said “I categorically reject the tendentious and political statements that are trying to insinuate that it is the Public Force that promotes vandalism.”

Ample evidence of police participation in vandalism and the terrorizing of Bogota residents on Friday was spread by locals on social media and fueled a surge in protests on Saturday.

The president of the Senate’s Peace Commission, Senator Roy Barreras, asked the Inspector General’s Office to investigate the evidence police took part in what Bogota Mayor called “an orchestrated campaign to sow terror.”

Duque denied Bogota residents’ accounts they had been subjected to terror.

Instead, the president said that locals in the capital “received a message of tranquility and the effectiveness of the adopted measures to preserve public order.”

According to Duque, he visited three policemen who were injured in clashes with unidentified fight squads who began terrorizing the city early in the day and violent protesters who have been clashing with police since Thursday.

Duque claimed that locals’ accounts of police participation in the vandalism and terror seek “to generate panic and terror,” contradicting the locals’ claim who said the police were doing exactly that.

The president’s persistent negation or distortion of the truth has been one of the reasons behind the growing support of the national strike and the peaceful protests that have been swelling, particularly in Bogota, since Thursday.