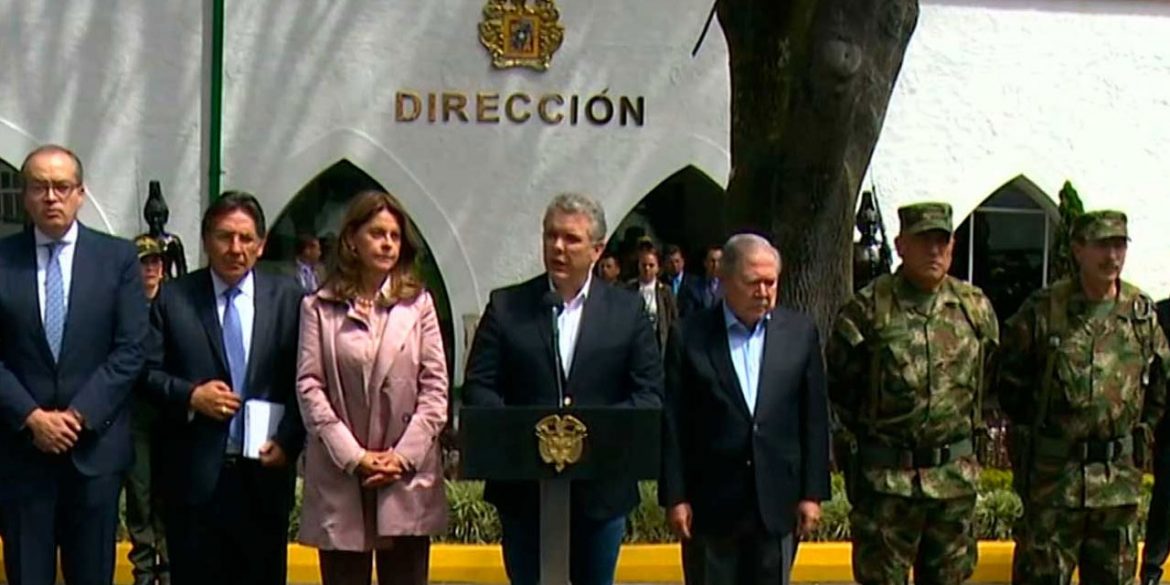 Colombia’s President Ivan Duque called on Colombians to unite and support the country’s security forces on Thursday after a car bomb attack in Bogota left at least nine people dead and dozens injured at the national police academy.

Duque spoke from the devastated General Santander police academy where a man identified as Jose Aldemar Rojas drove a car against a building, killing himself and his victims.

“Colombia has never bowed down to terrorism and this will not be an exception,” Duque said.

I call on Colombians to unite against those who use violence. Not one step backwards facing those who miserably attack society. Together, without distinction, we must support our security forces and to capture and severely punish the authors of the barbaric act.

Both national and local authorities called on security forces to be on the highest alert amid fears more attacks could take place.

Political and social leaders from all sided of the political spectrum in the divided country condemned the attack.

“The attack against the police, an attack against women and our country is abhorrent. We have returned to something we must abandon as society: violence and hatred. Honor to those who died and their families,” said Senator Gustavo Petro, one of the government’s fiercest opponents on the left.

Hard-right former President Alvaro Uribe, Duque’s political patron, expressed his “pain” over the attack and said that the country’s ongoing peace process “has been a process of submission of the state to terrorism.”

Former President Juan Manuel Santos, who received a Nobel Peace Prize in 2016 for closing peace with the now-demobilized FARC guerrilla group, expressed his “absolute rejection of the attack against the General Santander academy” and expressed “solidarity with our heroes of the National Police and their families.”

The FARC, which became a political party after its demobilization, said “we fiercely reject” the attack and offered “all our solidarity with the victims.”

Former Vice-President Humberto de la Calle called on “strength, but also a cool head,” and urged Duque “to preserve the territory we have won through dialogue above previous differences.”

The ELN, which continues to be in arms, did not reject the attack.