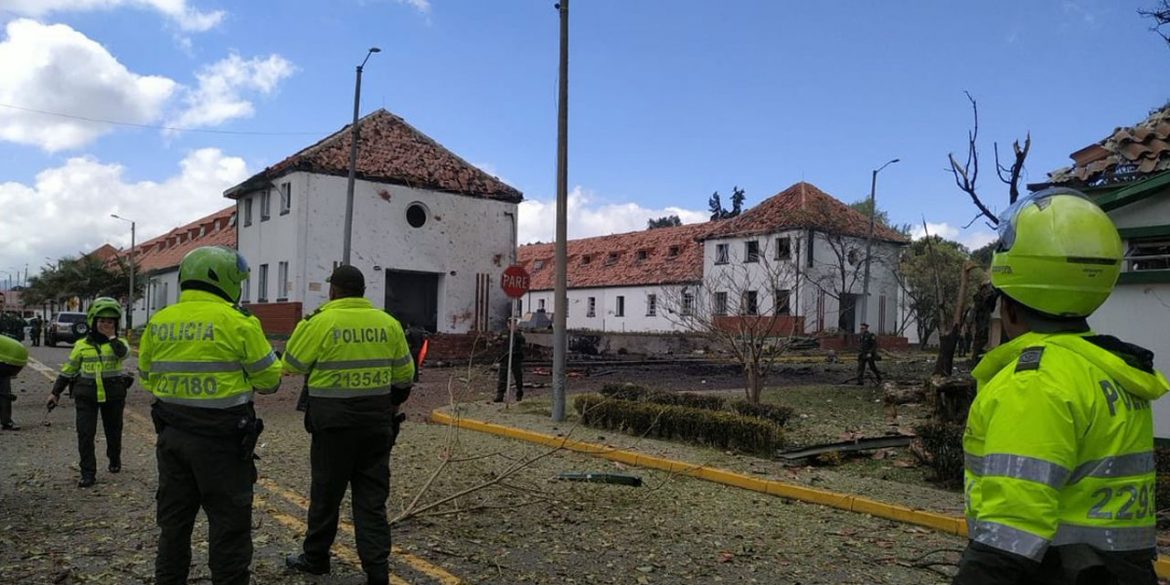 The huge blast occurred at the General Santander police academy in the south of the city around 9:30AM.

According to newspaper El Tiempo, witnesses said that a car forced its way past security, crashed into one of the buildings and exploded.

W Radio reported that dogs at the security gates detected the explosives in the vehicle after which the driver accelerated and incidentally crashed, killing himself and the victims.

President Ivan Duque said on Twitter that the blast was “a miserable terrorist attack.”

We are going to the scene of events. I have given the order to the security forces to determine the authors of this attack and bring them to justice.

The president and Defense Minister Guillermo Botero, who were visiting the western city of Choco for a security meeting, immediately returned to Bogota.

Mayor Enrique Peñalosa was the first to confirm that the exploding vehicle killed at least five people and injured 10 others. The defense ministry said later that at least eight people were killed and that 41 were taken to nearby hospitals.

Images from within the campus showed the incinerated remains of a car and severe damage to trees and the surrounding buildings.

“We are accompanying our policemen,” said Vice-President Marta Lucia Ramirez on Twitter.

The United States embassy alerted citizens of the “security incident” at the police academy and urged to “monitor local media and police sources for more information.”

The National Police did not immediately make a formal statement.

The car bomb attack on the police academy would be the deadliest explosives attack in Colombia’s capital since 2003 when now-demobilized FARC guerrillas detonated a car bomb in the exclusive Nogal club, killing 36 people.

The ELN, Colombia’s largest guerrilla group, carried out a bomb attack on a police station in the northern city of Barranquilla in January last year, killing seven policemen.