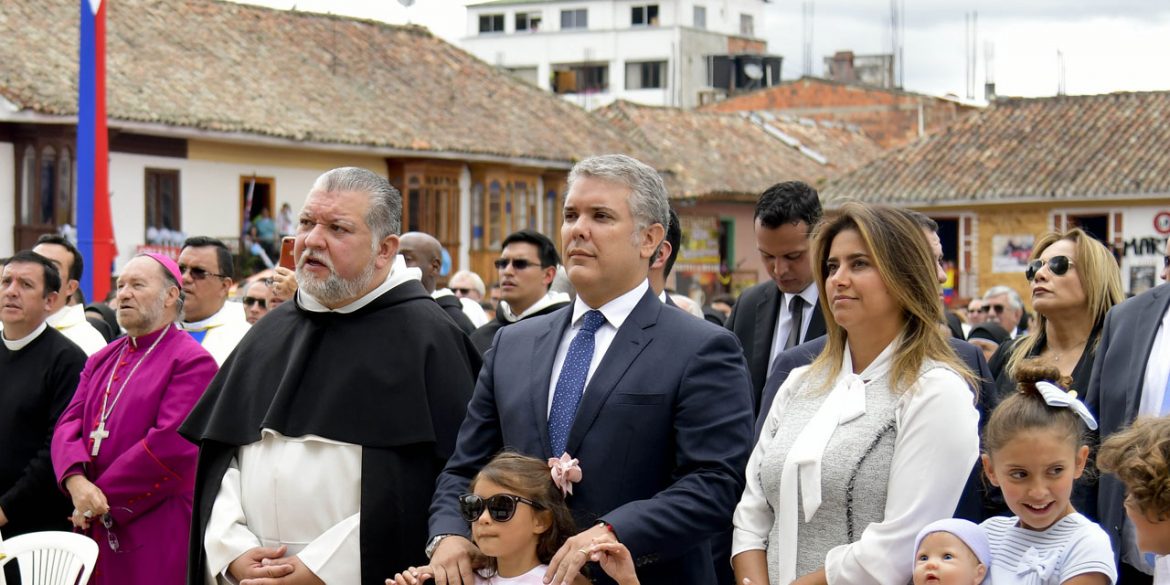 Colombia’s President Ivan Duque on Tuesday asked his country’s patron saint to help his country overcome hatred that has been incited by his far-right party.

Duque made the curious request to Our Lady of the Rosary of Chiquinquira on the 100th anniversary of the Catholic icon becoming Colombia’s patron saint.

The president asked the patron saint to help and guide his country “overcome hatred and divisions; so we can overcome prejudices and understand that what makes us strong as a nation is the sense of unity and never the deepening of divisions.”

While Duque was attending the ceremony in Chiquinquira, the Boyaca town named after the patron saint, his far-right party embarked on another social media campaign to discredit cartoonist “Matador,” over his criticism on Duque and the president’s controversial political patron, former President Alvaro Uribe.

The cartoonist last year temporarily stopped his use of social media receiving death threats from the so-called “Uribistas.”

The bureau chief of the New York Times felt forced to leave the country earlier this year after lawmakers of Duque’s Democratic Center party began a similar campaign to discredit the journalist.

While his supporters were accusing the cartoonist of being a “bandit,” a “transvestite,” a “liar” and an “assassin of morality,” Duque asked the patron saint “to allow us always show humility and devotion to overcome breaches and reach the homes of the most vulnerable, not just with solutions, but also with the love and affection of an entire nation.”

The 100-year anniversary of Colombia’s patron saint was attended by top leaders of the Colombian branch of the Catholic church and the Vatican’s representative in Colombia, Monsignor Luis Mariano Montemayor.

Duque’s party has a history of harassing critics or political opponents. The government itself was accused on “inciting violence” against demobilized guerrillas taking part in a peace process opposed by his party.