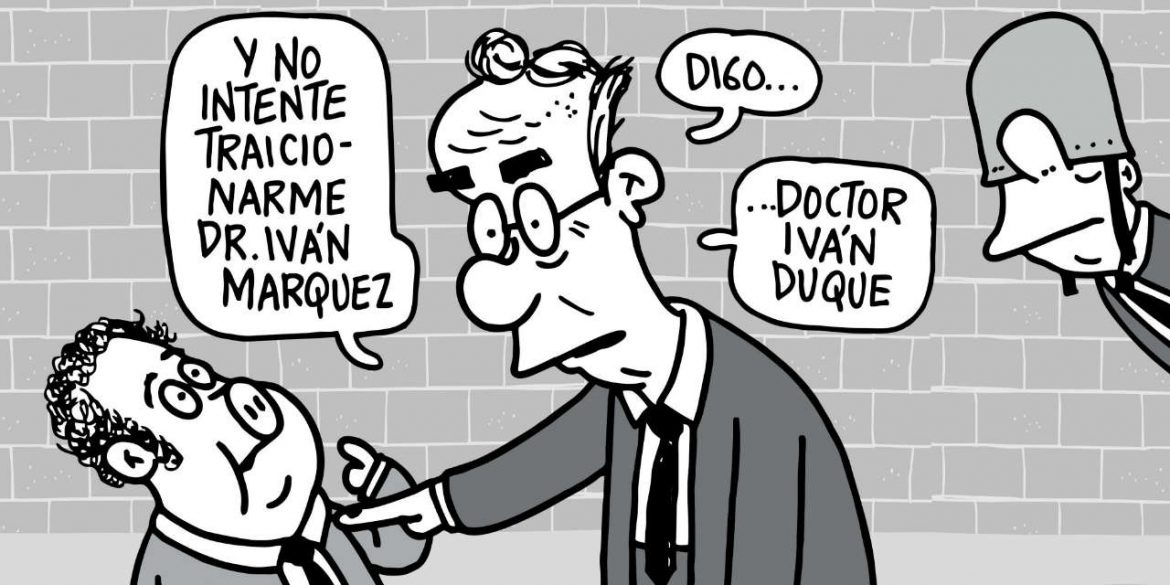 A supporter of former Colombia President Alvaro Uribe was forced to spend a night in jail after he had sent death threats to several people on Twitter.

Attorney Ariel Ortega was arrested on Thursday and released on bail on Friday for threatening the cartoonist Julio Cesar Gonzales known as “Matador.”

In a tweet to the cartoonist, Ortega said “Matador” was “a scoundrel, what need we have for Castaño to shut him up,” referring to former paramilitary chief Carlos Castaño.

The post triggered Matador to stop posting his cartoons on social media.

“If you want to come for me, I don’t have bodyguards or nothing…I have a pencil and brain,” Matador said about those who threatened his life.

After Defense Minister Luis Villegas ordered an investigation earlier this month, people on Twitter reminded him about Ortega’s threats, which included one to President Juan Manuel Santos.

“Go to communist Venezuela, we need the AUC to shut you up,” Ortega had told the president.

According to his defense lawyer, Ortega tried to back away from his comments and asked if he could talk to Matador. His lawyer called his client’s statements “fantasies or desires.”