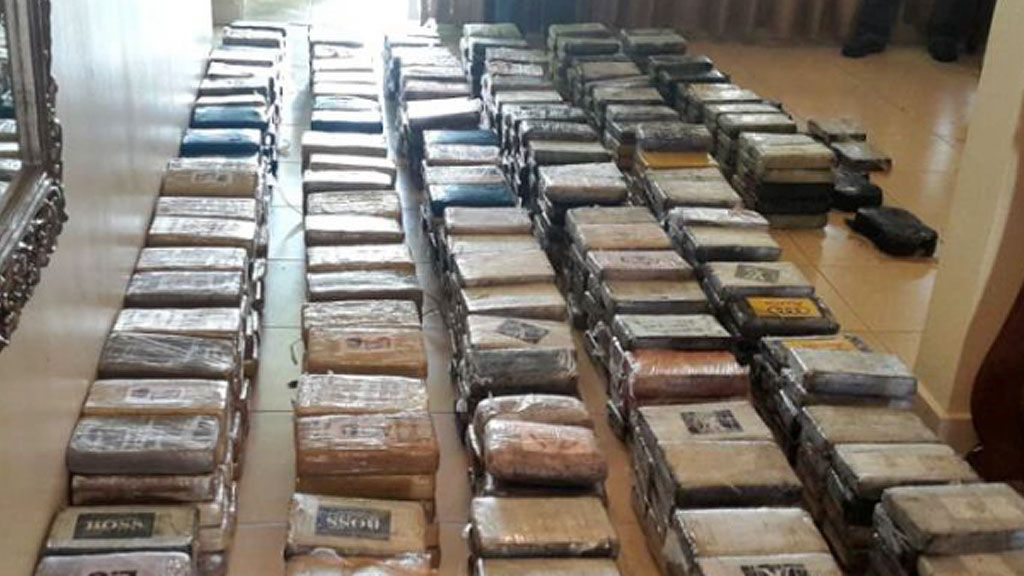 The cocaine was seized in operations conducted by drug enforcement agents with support from the US Drug Enforcement Administration in the northwestern state of Antioquia and the southwestern states of Nariño and Cauca, the National Police said.

Two Ecuadorean suspects were arrested in Guapi, a town in Cauca, while a Panamanian, a Dominican, two Nicaraguans and two Colombians were captured in Panama City, a police spokesman told Spanish news agency Efe.

The Urabeños, which traces its roots to the AUC paramilitary movement, accumulated cocaine at strategic locations on the Caribbean and Pacific coasts and later transported it in speedboats to fishing boats, the National Police said in a statement.

Drug enforcement agents seized 607 kilos of cocaine in Antioquia, 399 kilos in Nariño and 458 kilos in Guapi, the National Police said.

Officials did not say when the seizures and arrests were made.

In mid-March, President Juan Manuel Santos increased the rewards being offered for information leading to the arrests of the Urabeños’ leaders after a massive manhunt yielded little result.

The group, one of Colombia’s most active drug trafficking organizations with allegedly 3,000 members, is led by Dairo Antonio Usuga, a.k.a. “Otoniel,” who is the subject of a reward of 1.5 billion pesos ($570,000).