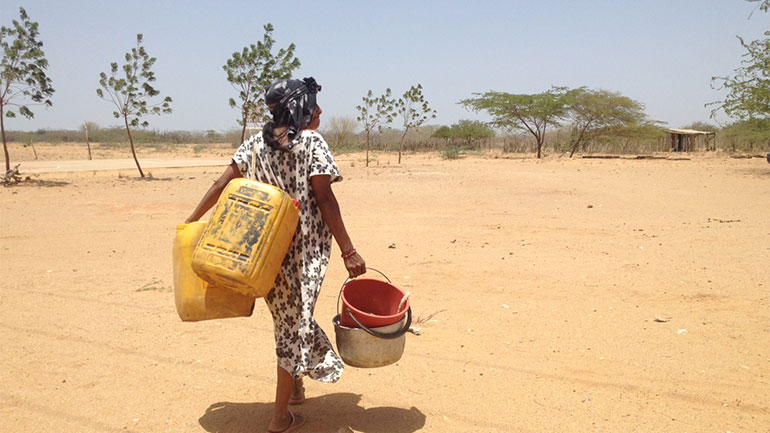 Drought caused by weather phenomenon El Niño is causing mass displacement in the north of Colombia where locals are struggling to have adequate access to drinking water and food, according to the Ombudsman.

The Ombudsman’s Office sent out a warning on Monday, claiming that “in the province of Bolivar alone, 300 people were registered as displaced.”

The office added that the real number of displaced is likely higher because not all people who are displaced end up registering themselves as such.

The drought, combined with an economic slowdown, is causing humanitarian issues across the country.

In the central Cundinamarca province, local cattle farmers have been forced to sell their livestock because they can no longer afford food supplies for their animals, the Ombudsman’s Office said.

“The situation of these victims of the intense drought is dramatic; the most affected farmers are suffering hunger.”

Government support for the areas affected either by intense drought or intense rains “has not been sufficient partly because the damages have been of enormous proportions.”

The Ombudsman’s Office called on the government to urgently improves the strategies with which it seeks to curb the affects of extreme weather that has been disrupting water supplies and food prices both on the countryside as well as in cities.

Colombia is already facing a tremendous displacement problem because of its 51-year-long armed conflict that has displaced 7 million.

However, weather phenomena like “El Niño” and “La Niña” have in the past also caused mass displacement because many farmers do not have the means to survive in the event extreme weather affects harvest.

This year’s El Niño has been partly blamed for the death of children in the north of the country and has forced local governments to ration water across Colombia.