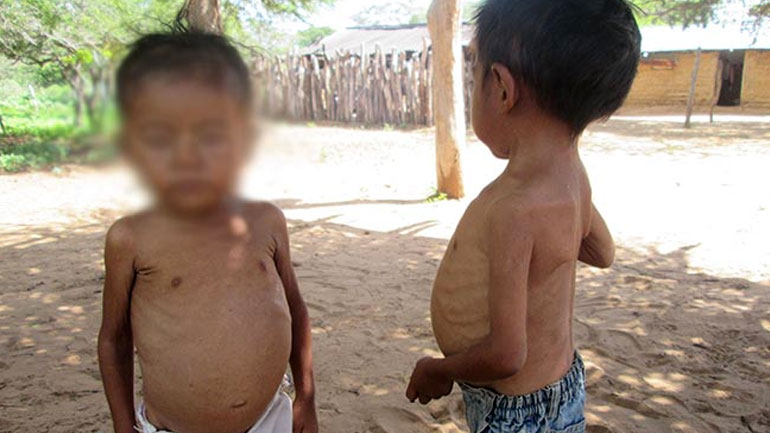 The mortality rate among children under 5 associated with acute malnutrition in the north of Colombia rose 50% between 2011 and 2015, increasing from about 20 to 30 per 100,000, Health Minister Alejandro Gaviria said Monday.

In 2011, 23 cases of infantile deaths associated with malnutrition were registered in the La Guajira province. In 2013 there were a total of 40 and the preliminary figure for 2015 is 38 deaths, according to Health Ministry sources.

The minister said that the government’s concern “has been focused on acute malnutrition” which “has been getting worse in recent years.”

In summarizing some of the government’s actions in that region, Housing Minister Luis Felipe Henao emphasized that when the current administration ends in 2018, clean water coverage will have been expanded from 60 percent to 90 percent in La Guajira’s urban zones.

“For every 20 people living in the urban zone, nine are coming to have potable water. Before, only six had it,” he said.

He also emphasized that since 2014 the government has had potable water and other projects “under contract or being carried out … exceeding 176 billion pesos ($52.1 million).”

La Guajira, which borders on Venezuela, in recent years has been affected by a drought that has been accentuated by the El Niño weather phenomenon.