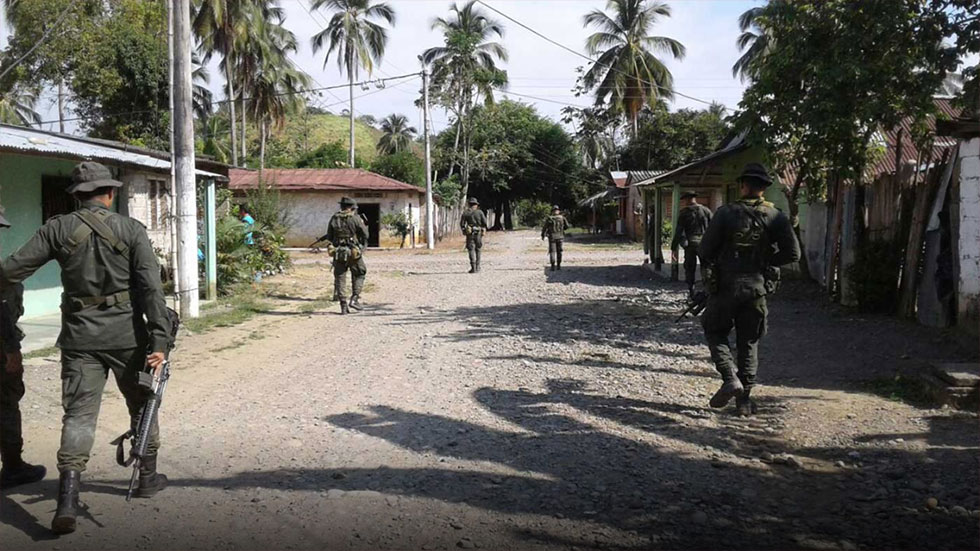 The FARC’s demobilization was supposed to happen simultaneously with the military incursion of traditional guerrilla territory, but was stopped in its tracks by an October 2 referendum that rejected an initial peace deal.

The shock vote disrupted the entire public security part of the peace deal with fatal consequences for dozens living in former FARC territory.

While FARC guerrillas stayed in provisional camps waiting to enter the official demobilization and disarmament camps, military operations to consolidate former FARC territory that according to some authorities had already begun were halted.

In the months President Juan Manuel Santos renegotiated a new deal, the military was virtually on hold to carry out the crucial territorial expansion and the installment of civilian authorities in areas previously “governed” by the FARC.

Incited by former President Alvaro Uribe who faces a series of war crime allegations, Colombia’s electorate was able to pause government institutions, but it was unable to stop other illegal armed groups from taking over the FARC’s abandoned criminal enterprises in drug trafficking and illegal mining.

Paramilitary successor group AGC, which recently told Colombia Reports to have as many as 8,000 men, took the opportunity to enter abandoned FARC territory, a territorial expansion operation that had been in the making for years.

An unknown number of guerrillas who had lost faith in the process have since deserted to either start new groups or join former rivals, according to both the FARC and the government.

At the same time, illegal armed groups presumably with ties to the owners of land that was stolen by paramilitary forces during the war, began assassinating community leaders and displaced victims demanding the return of their land.

According to Monseigneur Hugo Torres from the northwest Colombian municipality of Apartado, last week alone eight land claimants were assassinated.

More than 15 community leaders have been killed so far this year.

In December last year, the military said it would begin entering former FARC territory on January 1, but the effective territorial expansion offensive was not confirmed until Friday by Army commander General Alberto Jose Meija.

To what extent the Colombian state will be able to effectively take control of its territory and provide security for its rural citizens will become clear in the coming week.

The entire peace process, which includes far-stretching political and rural reforms, is set to take 10 years, but is made difficult because of exactly the same issues cited as causes of the war, a weak and corrupt state.