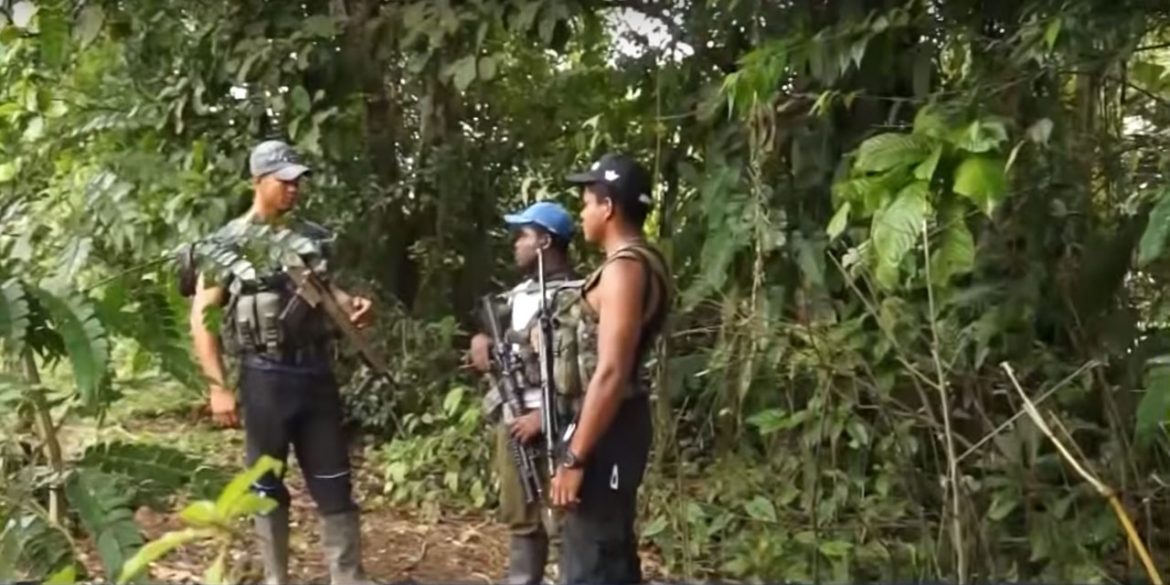 Dissidents of the FARC are trying to bring back to life the group that demobilized thousands of guerrillas last year, according to the military.

According to a military intelligence report leaked to weekly Semana, the commanders of the 1st Front — which is active in central and southern Colombia — have been trying to unite the splinter groups that have emerged throughout the country.

Depending on the source, these groups have recruited between 1,300 and 4,000 members since peace was signed in November 2016.

First Front commanders “Gentil Duarte,” “Jhon 40” and “Rodrigo Cadete” have been planning the resurgence of the country’s most infamous guerrilla group until the peace deal process, according to the report leaked to the magazine.

“The groups are working together, collecting money and mobilizing their bases in the communities” in the hope to reinstate the national recruit some 8,000 fighters before the end of next year, the report said.

So far, the different groups have rearmed more than 1,400 dissident FARC members “divided in 29 structures with presence in 18 [of 32] provinces and 120 [of almost 1,100] municipalities.

The factions that have agreed to join forces “would have defined a date for a meeting that would mark the resurgence soon,” the intelligence report said.

One of the ways in which they are recruiting in bulk was exposed on May 29th. The Army intercepted a 14-man structure that was moving from Cartagena del Chaira to Putumayo to support the Cadete’s expansion. They were a gang of common extortionists, which the FARC had armed and paid wages. The order, it seems, is to recruit the new fighters with money, instead of forcibly recruiting them.

The rogue guerrilla recruiters are trying to take advantage of the state’s chronic failures to provide labor and education opportunities for the demobilized guerrillas, many of whom continue to depend on the government food programs to stay alive.

According to Semana, the Oliver Sinisterra Front of former FARC member “Guacho” would be the largest of 11 dissident factions that would be interested in refounding the FARC.

The guerrilla initiative is opposed by the majority of dissident groups and has openly been rejected by the entire leadership of the FARC.

The guerrillas’ demobilized leadership is set to take seat in Congress on Friday and began hearings before a war crimes tribunal last week.

The lack of support of the former leadership and the opposition from the majority of factions is complicating the First Front’s efforts to reunite disgruntled members of the guerrilla group that initially formed in 1964, military spokespersons told Blu Radio.

The work and results show that the goal of these illegal armed groups with this objective [to reunite] is far from being achieved.

The peace process that seeks to end an armed conflict that cost more than 265,000 lives in more than half a century has been marred by irregularities, mainly caused by state failures to execute the peace agreement and take control of abandoned FARC territory.