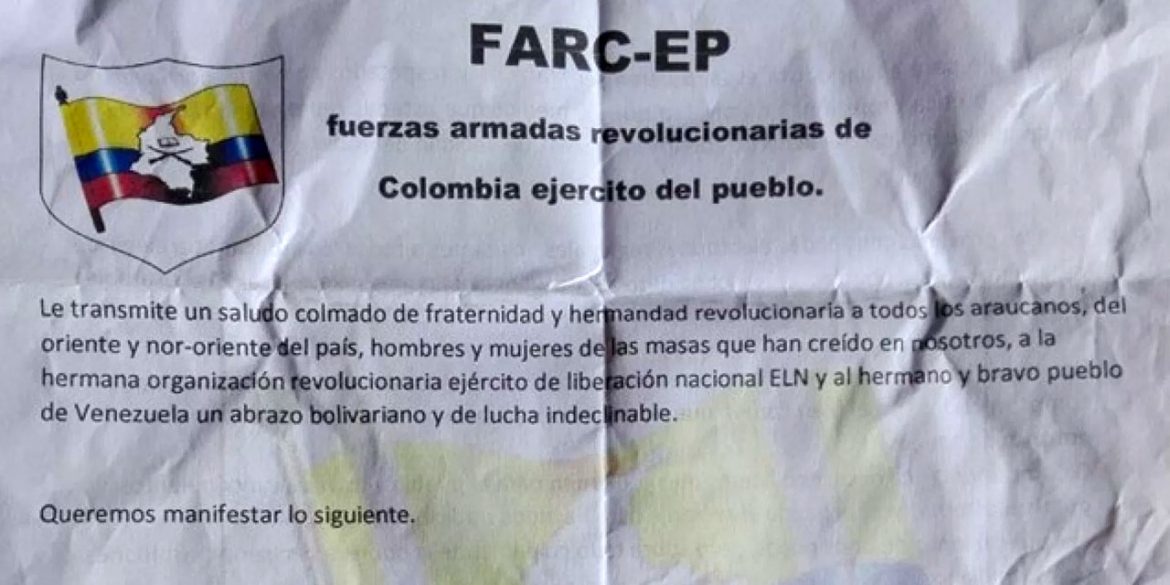 Some 18 offshoot factions have formed from demobilized rebel group the FARC throughout Colombia, according to a leading think tank.

Between 1200-1500 fighters of the 14,000 that demobilized in 2016 have retaken up arms, predominantly in central and south-western regions in Colombia, according to the Fundacion Ideas para la Paz (FIP).

Irregularities and failures in the execution of the fledgling peace deal between the state and the FARC have contributed to demobilized FARC members abandoning the peace process and returning to rogue military and criminal operations.

The groups formed by these FARC dissidents have mutually cooperated in maintaining the criminal economy, such as drug trafficking and illegal gold mining, according to FIP.

The factions have divided smuggling routes, supply chains and territorial operational areas to re-establish guerrilla rule in areas that used to be controlled by the FARC.

“The dissidents groups do not have high armed capacity, but their actions have great humanitarian impact and seem to use the modus operandi that the FARC adopted,” said the FIP report.

“The fact that it has gone from a single group in two departments, to almost 18 structures in different areas shows that these groups have been expanding and strengthening.”

Some of the larger factions, headed by former mid-level FARC commanders such as alias “Guacho” in the Nariño province and “Gentil Duarte” in Guaviare, have recruited the bulk of the dissidents.

A number of the groups have taken up operations in regions along the border with Ecuador, Venezuela and Brazil, making it difficult for the state to curb the influence of these rogue factions.

There are also unconfirmed reports that more ex-FARC splinter groups are forming in central regions such as Meta and Caqueta.

Former FARC members and coca growers have threatened to abandon the peace process due to chronic state failures to implement the peace deal or assume territorial control.