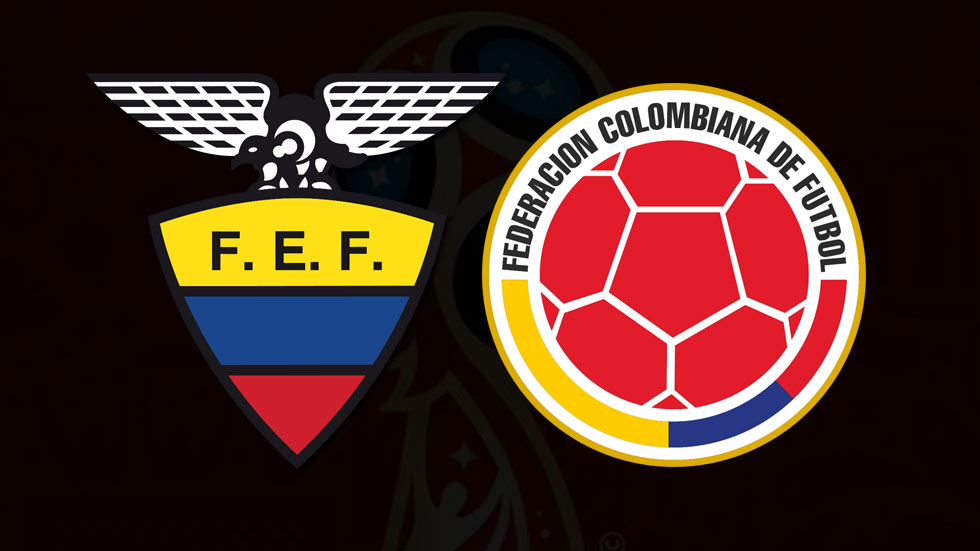 Colombia’s national soccer team face a crucial assignment on Tuesday as they travel to Ecuador to continue their World Cup qualification bid for Russia 2018.

“Los Cafeteros” are currently placed fourth in the CONMEBOL, South American section of qualifying on 21 points just one point ahead of their neighbors Ecuador.

Colombia narrowly defeated Bolivia in Barranquilla last Thursday with a late rebound from a missed James Rodriguez penalty saving their blushes, the win however crucially lifted them into the automatic qualification places.

In the aftermath of their impressive 2014 World Cup run, coach Jose Pekerman claimed that the time had come for them to take their place at football’s “top table.”

However, his side have struggled to maintain the consistency that brought them to the dizzy heights of the last eight in the World Cup with the manager failing to settle on a balanced starting XI in this campaign in particular.

“We have to adjust some details to play better. Nevertheless, we can make a difference; it will be complicated, but to win is the idea,” said striker Duvan Zapata acknowledging their continued search for a balanced XI.

With run away leaders Brazil all but qualified with 30 points already, Tuesday’s game in Quito will be crucial in defining the race to join them with Uruguay, Argentina, Colombia, Ecuador and Chile separated by just 3 points.

The Colombian players are under no illusions about the magnitude of the task that faces them at the hostile Estadio Olimpico Atahualpa, which sits at 2,782 meters above the sea-level.

“I think we should be well-prepared. It will be very important to manage the defensive unit. We know they are very fast, strong and we must counter that, said attacking midfielder Juan Cuadrado, reported El Tiempo.

Former Ecuador captain Alex Aguinaga also admitted that the stakes are high viewing the showdown between the Andean rivals as a defining moment in the campaign.

“This game against Colombia will define the future of the Ecuador in qualifying,” said the 109 cap former midfielder to ESPN.

Colombia won the corresponding fixture last March on a 3-1 scoreline bringing their recent record against Ecuador to 5 wins in 6 games, but notably all were on home soil.

Gustavo Quinteros’ Ecuador are unbeaten in the last four qualifiers at home to Colombia, winning two, drawing two with their opponents failing to score in four of their last six visits to Quito.

A victory for Colombia would be the first since October 1996, when a Faustino Asprilla goal gave them a 0-1 victory in the Ecuadorian capital.

The game kicks off on Tuesday at 4pm Colombia time.