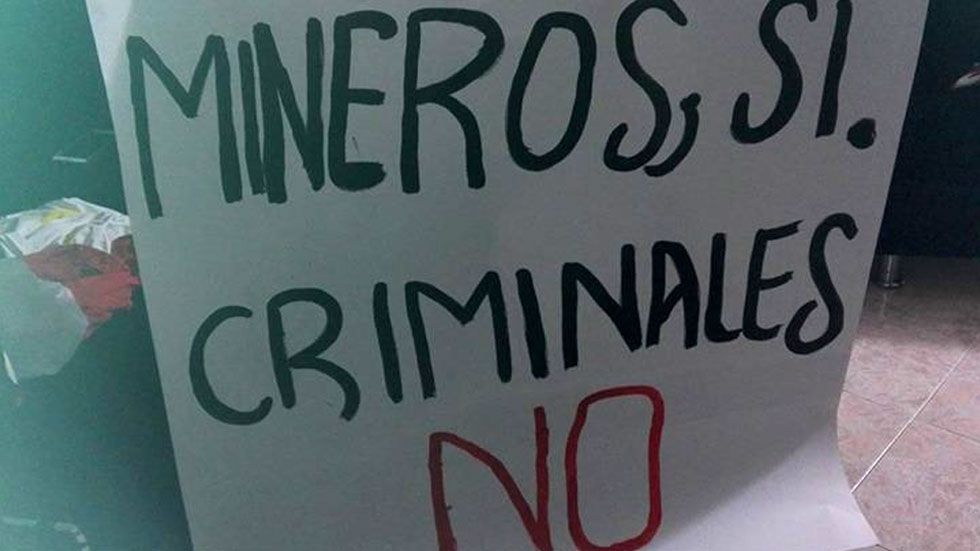 Weeks of fruitless protests of local miners in central Colombia turned violent on Monday, injuring 12 and spurring the governor of Antioquia to militarize the towns of Segovia and Remedios and impose a curfew.

The mining towns have been protesting since July 21 against multinational mining company Gran Colombia Gold and government decrees the miners claim disallow them to work independently.

Lastly, the miners claim that judicial and police authorities seek to criminalize them after the arrival initially of prosecution officials and later the feared riot police unit ESMAD.

The permanent threat of regional and national authorities to intervene using public forces like prosecutors, the [technical investigation unit] CTI and intelligence bodies seeking to prosecute miners in the region. This threat is related to the prevention of the sale of mining units and pawn shops, i.e. the entire economic chain that represents almost 95% of the economy of Segovia and Remedios and the region.

Antioquia governor Luis Perez, who earlier claimed falsely the strike had been lifted, said the imposed curfew seeks to “protect the community and analyze who are the violent actors in the area.”

Apart from the police, some protesters have resorted to violence and the blocking of roads, and illegal form of protest. 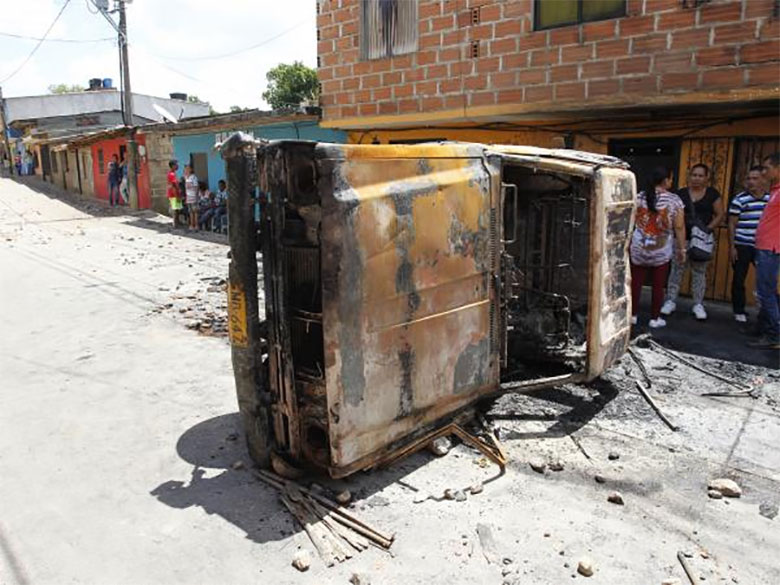 Perez claimed the violence and roadblocks had been incited by either paramilitary group AGC or guerrilla group ELN, illegal armed groups that have long been active in the region.

The governor went as far as offering a $15,000 reward for anyone with information that would lead to clandestine infiltrators of the community protests while sending in the National Army to impose order.

The miners have denied illegal armed groups had infiltrated the protests.

Perez did not respond to the miners’ demands to revoke the measures that effectively pushes small and medium-sized miners into illegality.

The two towns have seen tensions between the local miners on one side, and Gran Colombia Gold and the government on the other for years.

While Gran Colombia Gold has demanded the miners end activities on territory claimed by the multinational, the government has allegedly proceeded to build criminal cases against the miners, whose families in some cases have depended on mining for generations.

Everything depends on mining. If that ends, what are we going to live of?

With the town now under military control, Perez urged for talks that have been ongoing since the strike of some 7,000 locals began.