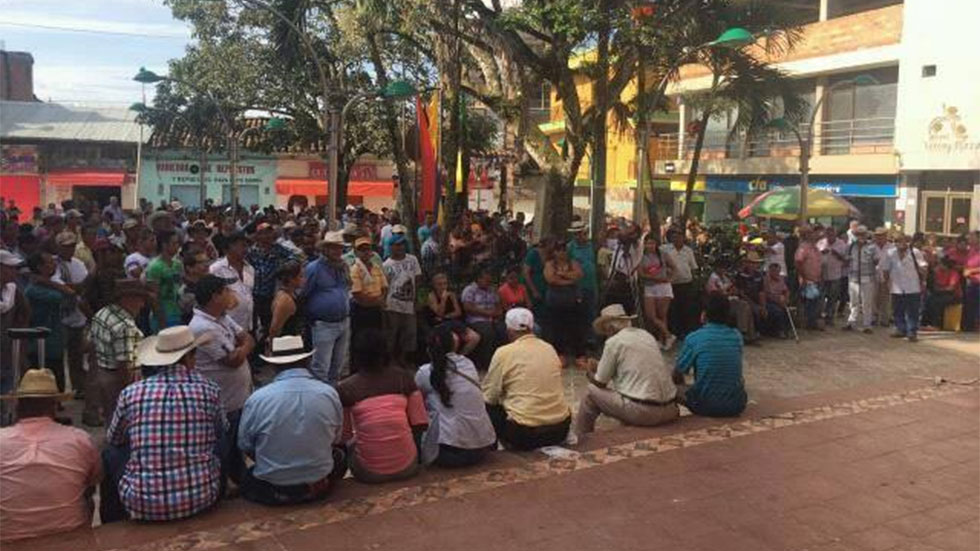 Canadian company Gran Colombia Gold said Wednesday it will suspend contracts of some 1,000 miners while paramilitary successor group AGC threatened to assassinate those who are blocking the company’s activity in northern Colombia.

The coincidental threats to lay off and kill miners is the latest in a series of escalations that already cost the life of the judicial adviser of the miners working near Gran Colombia Gold’s mines in the towns of Segovia and Remedios, who was assassinated in Medellin over the weekend.

The expansion plans of Gran Colombia Gold subsidiary Zandor Capital into territory where hundreds of townsmen are earning their livelihood spurred massive protests from locals.

Thousands of informal miners, supported by a tens of thousands of inhabitants of the gold-dependent towns, shut down Segovia and Remedios after the death of their lawyer and authorities’ attempt to shut down the locals’ “illegal” mines on a disputed plot.

Both Segovia and Remedios have since turned into ghost towns since the strike was called Monday.

The strike has shut down Gran Colombia Gold’s operations and the towns’ public transport, schools, and business.

The company said Wednesday is losing $2 million a day and claims the contracts are unsustainable if the strike does not end, W Radio reported.

“On Friday we won’t have stock if this doesn’t end,” Gran Colombia Gold CEO Lombardo Paredes said in a telephone interview with Bloomberg News, adding that if that happens “we will have to halt operations.”

To Bloomberg, Paredes did not mention the threat to massively sack workers, most of whom would be from Segovia, the town that is revolting against the multinational,

While the CEO of the Canadian company claims to be on the right side of the law, the illegal paramilitary group AGC sent out a pamphlet in the town, threatening to kill those opposing the company.

“We have fully identified those who are working for Zandor, the personnel of the Silencio, Providencia, and Mariadama [mines]. They have been declared military targets…and will not escape unless they stop being snitches and give their time.”

At that time, the company claimed to be extorted by the group that is now seemingly doing Gran Colombia Gold’s dirty work.