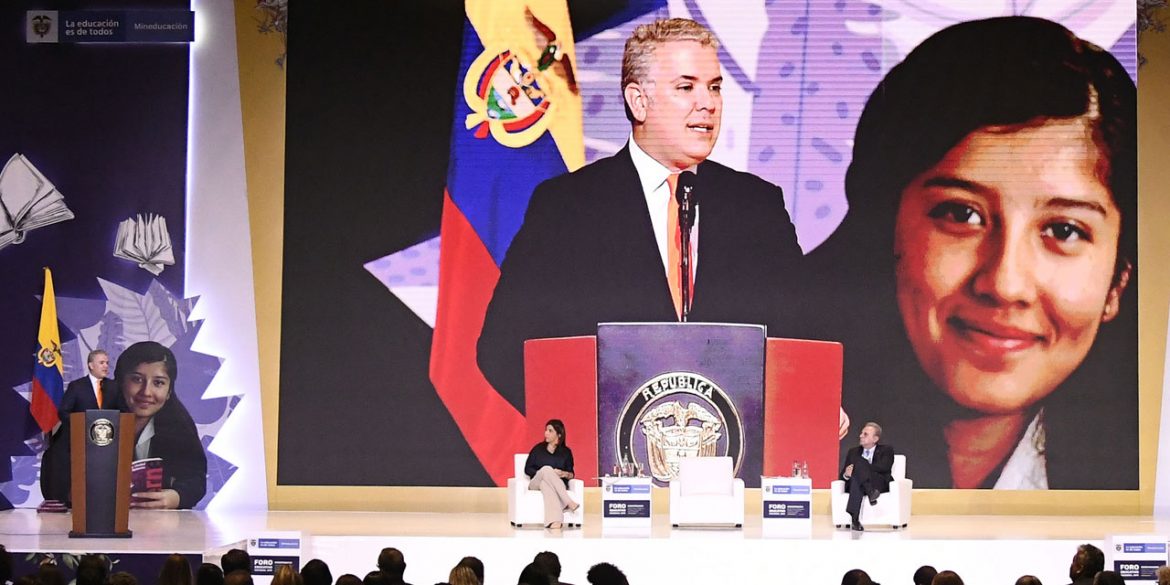 The flagship proposal of Colombia’s President Ivan Duque to introduce life-long prison sentences for child molesters was rejected as “populist” by the Justice Ministry’s criminal policy commission on Tuesday.

As expected, the commission of experts’ study concluded that life-long prison sentences violate the constitution, have no proven effect on crime and are economically nonviable.

Duque coined the proposal during his congressional inauguration speech, the Colombian equivalent of the State of the Union, in August. Three months later, the flagship proposal seems dead in the water.

The promoters of the permanent restriction of freedom, through life imprisonment, have affirmed that this constitutes a guarantee for the rights of children and adolescents, confirming the constitutional prevalence of their rights. Of course, this assertion is not correct, not only because it entails a decontextualized interpretation of the scope of the aforementioned constitutional prevalence, by nullifying other fundamental rights through this inequitable form of state violence, but also because theories that have attempted to justify this penalty, from the point of view of the victims, have failed.

According to the criminal policy experts, there exists no evidence that life-long prison sentences have a deterrent effect and would thus prevent child abuse.

In fact, once a person has molested one child and faces life imprisonment, there exists no deterrent against the child molester going on a spree, the commission argued.

Furthermore, Colombia’s criminal code already includes lengthy penalties that in effect are life sentences unless a sex offender has an extraordinary longevity, the experts pointed out.

What must be guaranteed is the right of minors never to be victims of sexual assault or other serious crimes, which could be achieved through preventive measures, public policies and a genuine national criminal policy, which adequately specifies its short and long-term objectives.

Apart from the judicial objections, the introduction of a life-long prison sentence would violate multiple articles in the Colombian constitution, particularly the ban on cruel and unusual punishment, according to the commission.

Is Colombia becoming less safe because its criminal policy sucks?

Apart from being ineffective and unconstitutional, life sentences are also economically unsound, the experts pointed out.

The annual cost of the incarceration of all 1,568 currently convicted sex offenders costs approximately $8.5 million, according to the commission. The average age of a sex offender is 39 and the general life expectancy is 74. This would mean that life imprisonment of these prisoners could cost $295 million.

Additionally, Colombia’s prison system is already overcrowded and would become unaffordable if life sentences would be imposed, the commission argued.

According to the National Intramural Population report of the INPEC Statistical Boards, prison overcrowding in Colombia amounts to 51.55% of its capacity. This is due to the fact that the prisons have a maximum quota for 80,236 people that is being occupied by 121,596 (both persons deprived of their liberty on a preventive basis and convicts), which implies an overpopulation of 41,360 people, who demand dignified conditions of internment. Finally, according to the data provided by the Ministry of Justice, the average cost of building one prisoner’s unit amounts to 120.218,981 pesos ($35,126).

In the end, Duque’s proposal is nothing but “punitive populism,” the experts concluded harshly.

Ultimately, it is a measure of punitive populism that puts personal freedom at risk in “a society that allows itself to be dragged along by emotions in direct relation to isolated criminal events, forgetting that any criminal policy that seeks to obtain socially beneficial effects must be carried out from the coldness of the spirit, calculation and reflection.”

Duque may ignore the experts’ opinion and push his flagship proposal to Congress where it will likely be sunk, exactly like every previous proposal to impose life imprisonment sentences on child molesters.

According to the criminal policy commission, Duque would be better off  investing his time and the tax payers’ money in prevention as approximately 2,000 Colombian children suffer sexual violence each month.