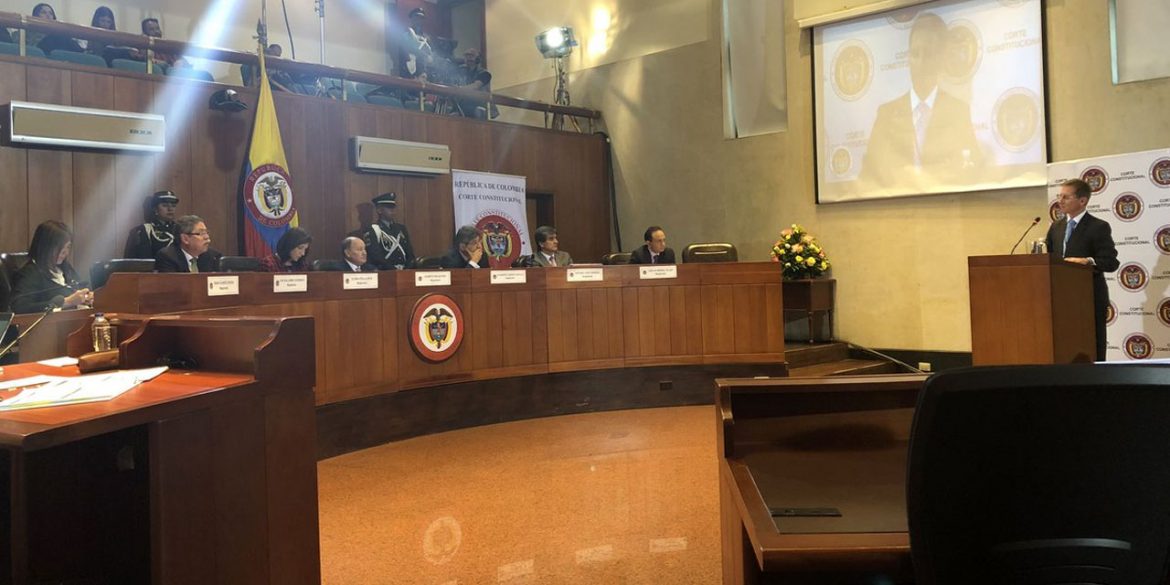 The constitutional court dealt a major blow to President Ivan Duque and US Ambassador Kevin Whitaker who sought to limit the powers of Colombia’s war crimes tribunal.

In a ruling on Wednesday, the court confirmed that the Special Jurisdiction for Peace (JEP) has the power to demand evidence in the case of extradition requests.

The court also ruled against a special chamber for members of the military who are accused or convicted for war crimes.

The ruling solidifies the power of the JEP days after Duque, with the controversial support of Whitaker, refused to sign off on the war crimes tribunal’s statutory law saying, among others, that these two elements of the bill were “inconvenient.”

With the exception of far-right members of Duque’s Democratic Center party, no lawmaker wanted to receive the president’s objections, citing concerns any legislative action could violate the constitution.

By fortifying the war crimes tribunal’s powers and deeming proposals made by Duque’s far-right supporters in Congress unconstitutional, the court undermined the president’s latest attempt to sink war crimes investigations.

The court also frustrated apparent US attempts to sabotage the peace process by requesting the extradition of FARC leader “Jesus Santrich” on an unsubstantiated drug trafficking charge.

The US Department of Justice has refused to surrender evidence supporting this claim. Evidence reluctantly surrendered by Colombia’s prosecution suggested the US sought the extradition of Santrich contrary to evidence suggesting the FARC leader was innocent.

The latest court ruling is likely to further increase tensions in Congress where Duque’s minority coalition has been trying to limit the war crimes tribunal’s powers for years, but centrist and leftist forces are reluctant to challenge the country’s highest constitutional authority.