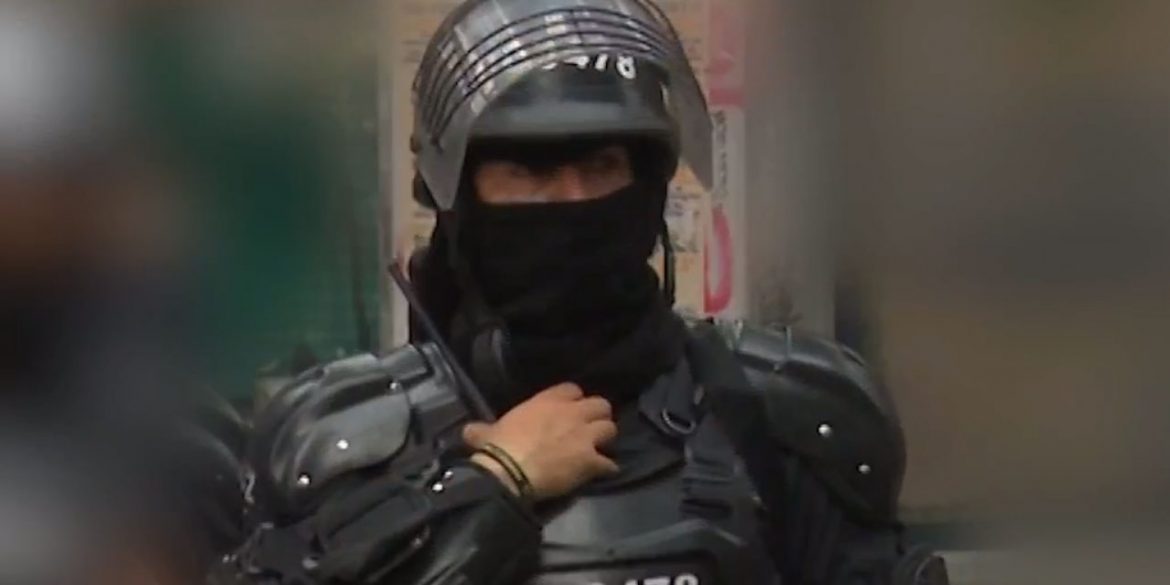 The cop who admitted murdering a high-school student during Colombia’s anti-government protests contradicted evidence and previous statements in his defense on Sunday.

In an earlier interview with El Tiempo, the captain said he opened fire after protesters attacked the police, an explosion was heard and the protesters were disobeying his order to disperse.

Video evidence indicates there was no explosion, nobody was attacking the police or committing acts of vandalism, and that the victim was walking away from the notoriously violent ESMAD when Cubillos shot him in the head.

In his second sympathy offensive, the captain told El Tiempo that he was not able to refer to the alleged murder because “this is subject to investigation,” after which Cubillos proceeded to do exactly that.

Again contradicting evidence, the cop said that his victim “was one of the guys in the front of the group” that, according to the murder suspect, attacked his unit.

As we moved forward, we were attacked with blunt objects. We began the procedure with the progressive use of weapons and less lethal elements. As the attacks on us and others did not stop, the shotgun was used to deter and disperse.

With mounting evidence indicating that Cubillos committed murder and his anti-riot unit was using unlawful violence to disperse peaceful protesters on their way to the central Bolivar Square, the security forces have begun hampering the investigation.

While the prosecution has been trying to investigate the murder, a judge of Colombia’s notoriously inefficient military justice system ordered the seizure of material from CCTV cameras that could be used as evidence against the cop.