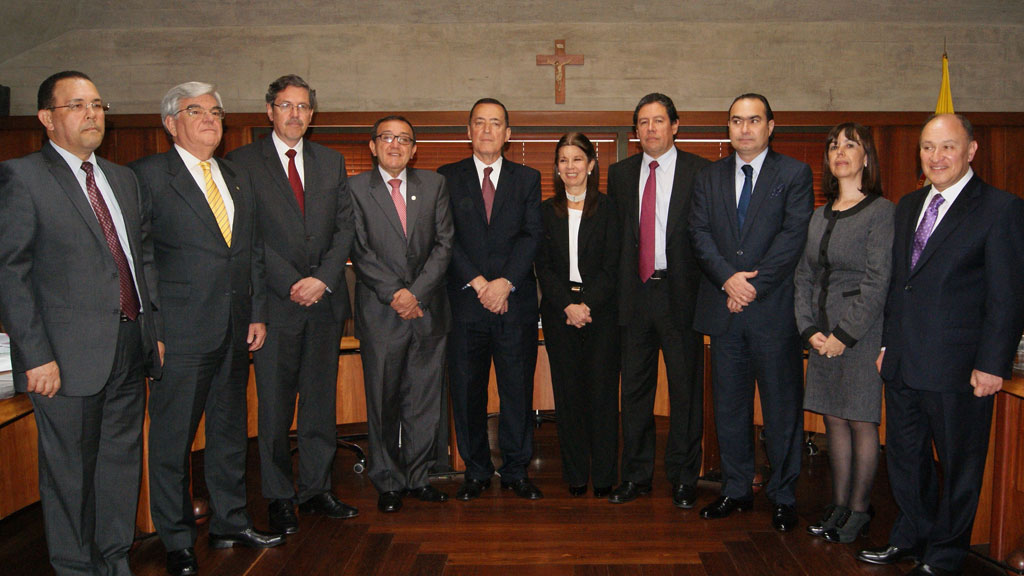 The president of Colombia’s Constitutional Court has resigned from the judicial body after two of his colleagues had accused him of corruption, the court announced on Thursday.

Now ex-magistrate Jorge Pretelt was accused of having asked $200 thousand from an oil company, promising that the court would revoke a multi-million-dollar fine.

On Wednesday, Pretelt announced he would step back for 30 days, but for his fellow magistrates this wasn’t enough.

“The magistrates again stressed the necessity of his departure from the presidency to Dr. Jorge Ignacio Pretelt, which he finally agreed to without any conditions in terms of time,” magistrate Maria Victoria Calle told press on behalf of the remaining eight members of the court.

The president’s resignation was unanimously agreed to with the exception of Pretelt himself who had called in sick for the vote.

If proven innocent of the corruption charges, Pretelt could return to the court.

In an effort to restore confidence in the court after the biggest corruption scandal in its 24-year history, the remaining magistrates promised to reveal all their assets for authorities to revise.

Additionally, the court vowed to revise past rulings on economically important issues in which Pretelt could have exercised influence.

The resigned court president came under unprecedented fire when magistrate Mauricio Gonzalez accused the court president of asking Fidupetrol for $200 thousand in return of him making sure the company would not have to pay a $9 million fine.

Fidupetrol attorney Victor Pacheco allegedly told Vargas that he had been invited to the home of Pretelt ahead of the ruling. In this private meeting, the court magistrate allegedly had said that if Fidupetrol paid him, he would persuade Gonzalez to overrule a $9 million fine imposed on the company by a lower court.

Following the publication of the accusations in El Tiempo newspaper, President Juan Manuel Santos ordered Congress to follow up on Gonzalez’ complaint and immediately open the investigation into Pretelt.