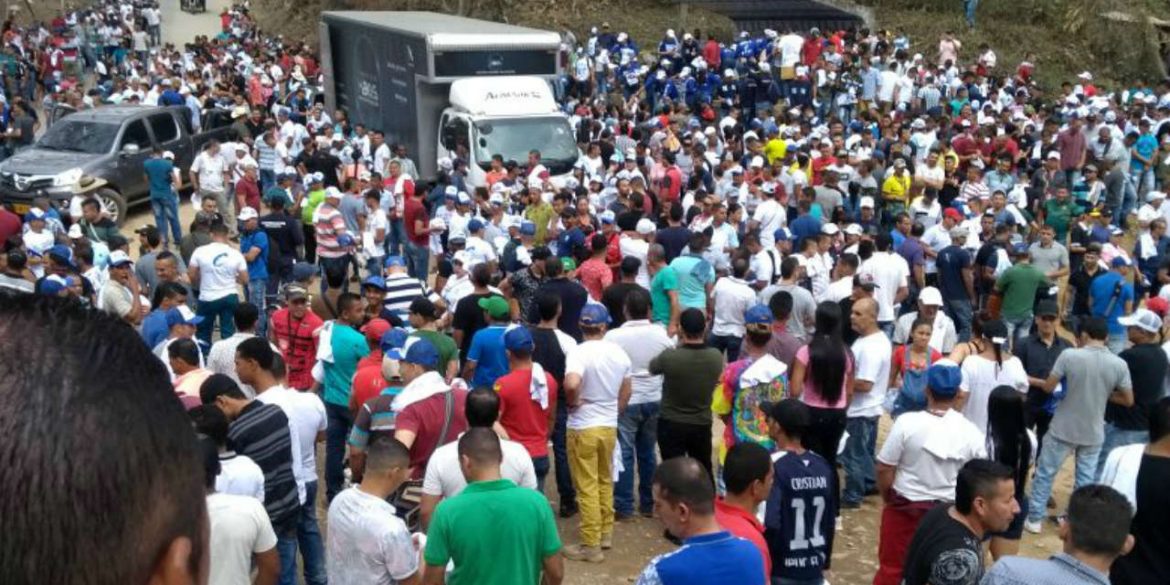 Nine people were reportedly injured when a small explosive device went off at a Conservative Party campaign event in northern Colombia on Saturday, one week before elections.

The attack took place shortly after the end of the rally of Senator Olga Suarez and aspiring House Representative Horacio Gallon in the mining town of Segovia, Antioquia.

The explosion left only minor injuries.

A day before the attack in Segovia, leftist presidential candidate Gustavo Petro survived an apparent assassination attempt while traveling to a campaign rally in Cucuta, a city on the border with Venezuela.

Police clashed with demonstrators in southwest Colombia after a rally with hard-right former President Alvaro Uribe.

Following the Segovia attack, pamphlets were spread in which the Gaitanista Self-Defense Forces of Colombia (AGC) and the local mining federation threatened to kill anyone supporting the candidates.

The paramilitary group did not immediately confirm the veracity of the pamphlet or claim responsibility for the attack on its website or social media platforms. The mining federation has never been linked to terrorism activity.

The ELN guerrilla group is also active in the gold-rich region.

The Interior Ministry and the Governor’s Office did not respond to the latest attack.

Colombia will take to the polls to elect a new Congress on March 11 and will vote in the first round of presidential elections in May.