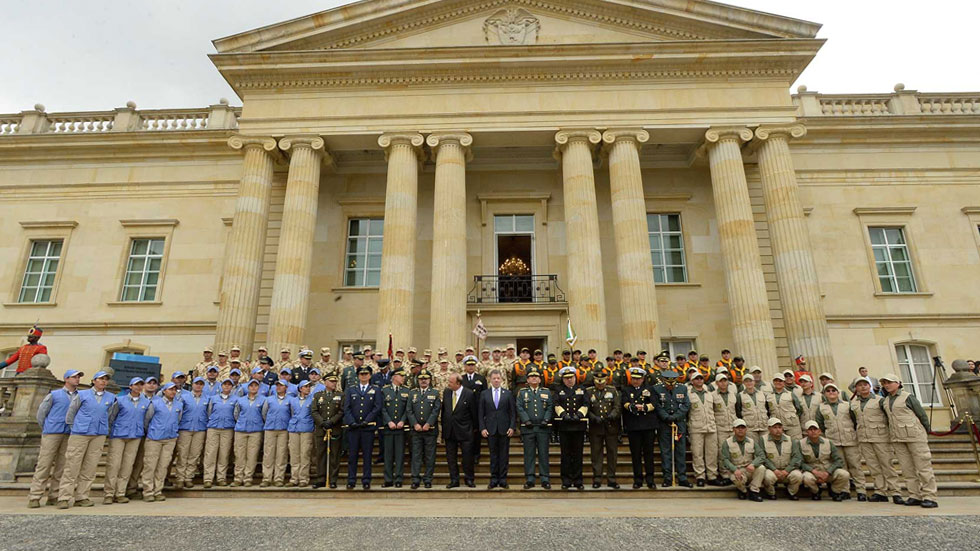 Colombia President Juan Manuel Santos on Monday formally inaugurated the United Nations-led commission in charge of monitoring the demobilization and disarmament of the FARC, the country’s largest leftist rebel group.

The commission will consist of delegates of the United Nations, the Community of Latin American and Caribbean States, the National Government and the FARC and is in charge of making sure the FARC fully demobilizes and disarms, and possible irregularities are taken care of.

The unit led by Rojas and Pico will consist of 1,500 men and women, who will be sent to the more than two dozen concentration camps where FARC fighters and militia members are set to demobilize and disarm after September 26.

The soldiers’ job is to report possible irregularities or violations.

“This mechanism … will contribute to the credibility and confidence of the process” of demobilization and disarmament of the estimated 17,000 members of the FARC scheduled to take place in less than two weeks from now.

The United Nations has already said to be ready for the mass operation that will mean the end of the FARC as an armed group after more than half a century fighting the state.

The entire process to demobilize the FARC should last 180 days after which its members will either have been granted amnesty and take part in reintegration programs or be in court if they are accused of war crimes.

The FARC, originally a Marxist group but heavily involved in Colombia’s drug trade, was formed in 1964 and has since sustained the longest armed conflict in the hemisphere.

Its demobilization and future integration into politics could be stopped in its tracks by an October 2 plebiscite, although pollsters deem this possibility unlikely as an increasing portion of Colombia’s electorate appears to be in favor of the deal.