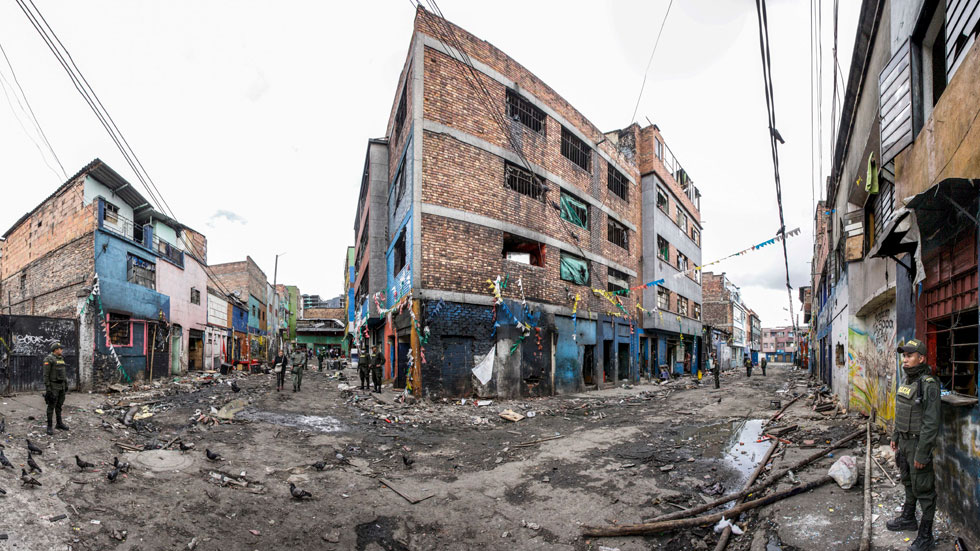 Bogota on Wednesday began the destruction of Colombia’s capital’s most infamous drug den, “The Bronx.”

Large machinery was brought in to start early Wednesday morning to begin the planned demolition of Colombia’s most violent and rundown neighborhood and turn it into a shopping center.

The Bronx, named after the New York City borough, was infamous for its drug dealing and child prostitution.

When police entered the lawless are a few months ago, they even found so-called chop-up houses where people would be dismembered. Additionally, authorities said they found detention chambers.

The renovation of the Bronx, which is almost one hectare in size, has an estimated cost of $11.7 million (35 billion pesos)

The acquisition, demolition and reconstruction of the run-down area will take place in 45% of the Bronx, reported El Tiempo newspaper.

Bogota Mayor Enrique Peñalosa formed the idea of the project last May when he sat down with a group of experts and discussed what to do with the “worst place in Colombia.”

The result was a massive 72-hour military and police operation involving 2500 soldiers and policemen.

In the operation, 140 minors and one allegedly Dutch kidnap victim were rescued together with 595 enslaved persons.

Police arrested 13 alleged gangsters accused of running the criminal operations in the Bronx.

Although it is likely the area will much improve once the project has finished, some are concerned about the outflow of more than 2000 people that frequented the Bronx.

Other parts of Bogota suddenly were overflown by junkies and even other cities complained Bogota drug addicts had mysteriously begun appearing in their cities.

“These street dwellers that come from Bogota have added up to now over 927,” Mayor Juan Pablo Gallo of Pereira, a city at 110 miles from the capital, told newspaper El Tiempo.

“We don’t have sufficient resources to deal with them,” the mayor said.

Gallo further stated that the recently arrived homeless are very aggressive and robbing people and vehicles.

Bogota media have reported that many of the former criminals and gang bosses of the Bronx have also moved to other areas in the city.