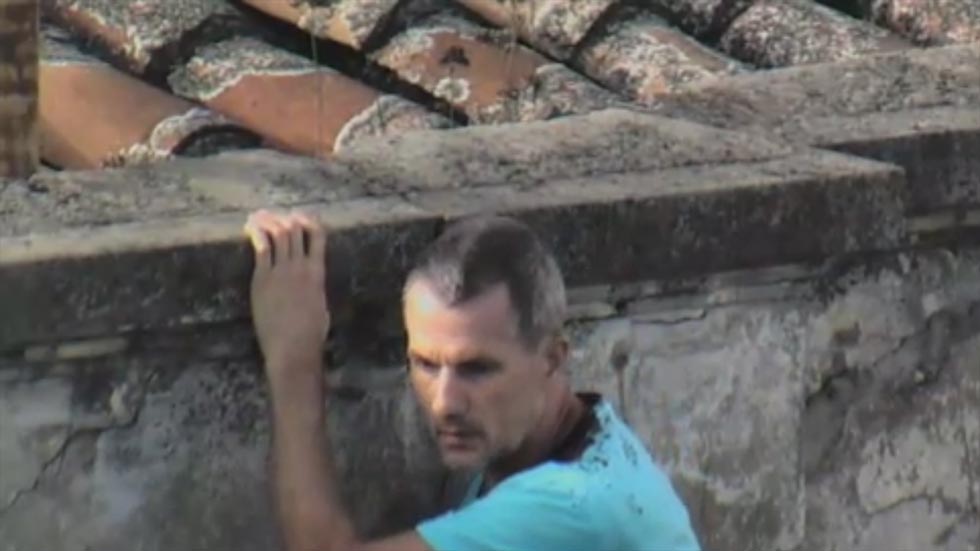 A chilling video has emerged of an alleged Dutch tourist escaping his alleged kidnappers along the rooftops of Bogota‘s most infamous drug area, the Bronx.

Authorities told weekly Semana that the Dutchman had come to Colombia for drugs tourism purposes and visited the Bronx, until last week the capital’s most infamous drug dealing area.

The video was sent to the website just days after authorities raided the area and evicted everyone present.

The foreigner had allegedly spent days taking drugs in the area and was held hostage by the “sayayines,” the gang running the drugs in the center of Bogota, after he was unable to pay for the drugs he had consumed, said Semana.

The tourist reportedly managed to escape his captors and get onto the roof of the house, where he hid precariously on a ledge on the crumbling corner of the building while two masked men lurked just meters away, waiting for their opportunity.

The man’s shouts for help alerted the police who came to investigate and the masked men dared not approach.

A tense stand-off ensued and the whole episode went on for an hour until a firetruck with an extendable ladder was found that could bring the man down while avoiding his alleged captors.

The recent police raids in the Bronx came up with evidence for many more cases of this sort of kidnapping, as well as for drug-trafficking, arms dealing, child prostitution and even the dismemberment of bodies of homicide victims.

This Dutchman escaped with his life. Many others possibly did not.