The International Criminal Court (ICC) and Colombia’s inspector general put their weight behind the country’s war crimes tribunal after attacks by President Ivan Duque and his far-right party.

The ICC and Inspector General Fernando Carrillo were quick to respond to the proposal to abolish the Special Jurisdiction for Peace (JEP) of Duque’s political patron, far-right former President Alvaro Uribe.

Pushback from The Hague 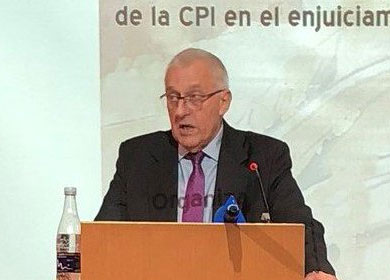 Duque’s own criticism on the JEP was debunked by the ICC’s Deputy Prosecutor on Monday, who said Colombia’s transitional justice system was on its to become an example for the rest of the world.

Carrillo followed up on Tuesday, saying that the JEP “has done more in three years than ordinary justice in 50” and opposed Uribe’s proposal to reduce the country’s judicial branch.

The ‘Uribistas’ opposition to justice 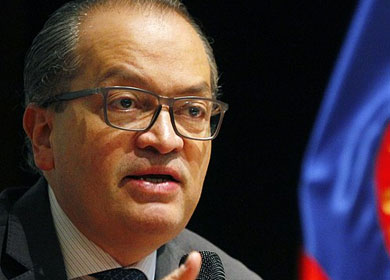 Uribe and his far-right Democratic Center party have opposed the transitional justice system ever since it was conceived during peace talks between former President Juan Manuel Santos and the now-demobilized FARC guerrilla group.

Duque has tried to limit the JEP’s power and underfund the court on multiple occasions, but without success as the transitional justice system is supported by Congress and the international community.

The ICC’s deputy prosecutor warned that if for some reason the JEP would cease to function as it should, the international court in The Hague could assume the investigations into war crimes committed during Colombia’s armed conflict.

When the JEP was created, the authorities developed a system of accountability that can deal with that vast universe of crimes. This is how a new jurisdiction sanctions conduct that would otherwise fall under the jurisdiction of the ICC.

Duque and his political patron have opposed the JEP because it does not only investigate crimes committed by the FARC, but also by the State, which directly affects Uribe.

The military carried out some of the worst atrocities of the armed conflict under the former president, who is investigated for his alleged complicity in three massacres and a homicide.