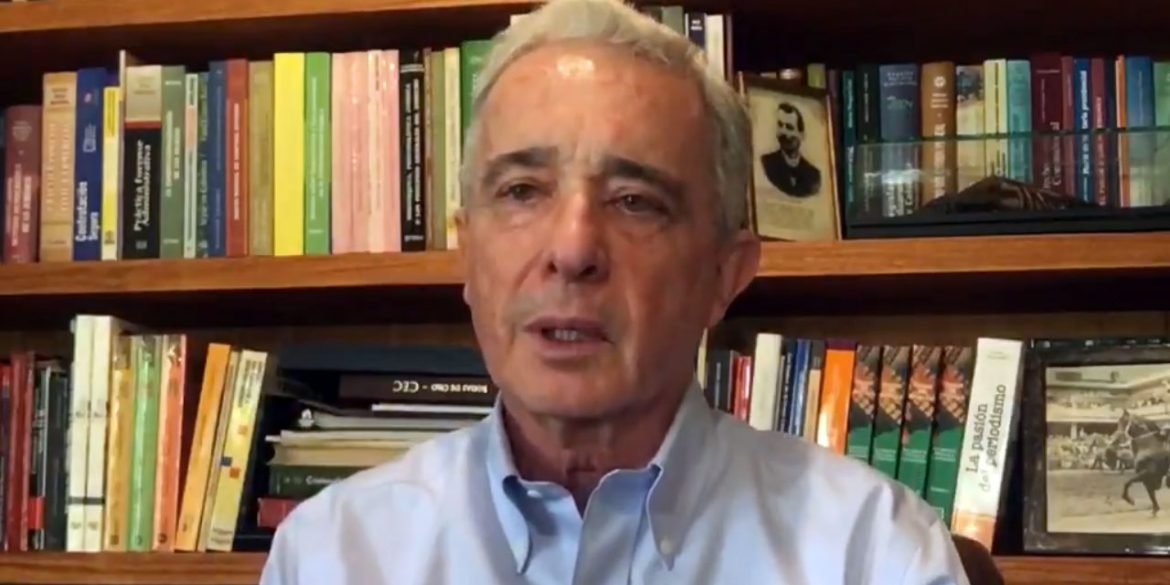 Colombia’s far-right former President Alvaro Uribe may have been forced out of politics, but that won’t stop him from attacking his country’s peace process.

In a video message, Uribe revived proposals to to roll back 2016 agreements made with demobilized FARC guerrillas, strip the judicial branch of its independence and reduce Congress through a referendum.

The former president’s “Let’s Take Care of The Amazon!” proposal would also seek to end “political indoctrination” in public education and eradicate poverty through a minimum income.

The former president suggested that President Ivan Duque may sign his allegedly criminal patron’s proposals into law by decree if a referendum fails or congress sinks the proposals as before.

Uribe proposed to “abolish” the Special Jurisdiction for Peace (JEP) that is part of the peace process and transfer its investigations into war crimes to the ordinary court system, except those of the security forces.

These investigations should be transferred to a “special chamber” with “impartial magistrates” with knowledge about military command structures and codes of conduct within the military, according to Uribe.

The former president additionally proposed parole for military war criminals or suspected war criminals who have been in jail for more than five years, which would mainly benefit commanders who committed crimes under Uribe’s watch.

Last but not least, Uribe proposed to bar anyone found guilty of crimes against humanity from entering Congress, which would effectively remove most of the FARC’s lawmakers from Congress who have already plead guilty before the JEP in order to be allowed into Congress.

The former president proposed to strip the judicial branch of its judicial independence by giving Congress the right to approve or disapprove of magistrates’ elections.

Instead of three high courts, the Supreme Court, the Constitutional Court and the State Council, Uribe proposed to have “one or two” high courts that would be excluded from electing, for example, a Prosecutor General.

Uribe also proposed a Privileged Tribunal that would allow a retrial for convicted or congressmen, governors and magistrates.

This would also largely benefit the former president’s criminal allies who have been convicted by the Supreme Court on corruption charges or because they colluded with death squads.

Uribe additionally proposed to reduce Congress by 30% in order to have a “less bureaucratic, more social State.”

Combined with cutting the number of state officials, this would allow for an increase in investment, according to the former president.

Claiming that teachers union Fecode “has substituted science and the freedom of education for political indoctrination,” Uribe wants to step up the privatization of education and the issuing of grants that would allow children from poor families to attend private schools.