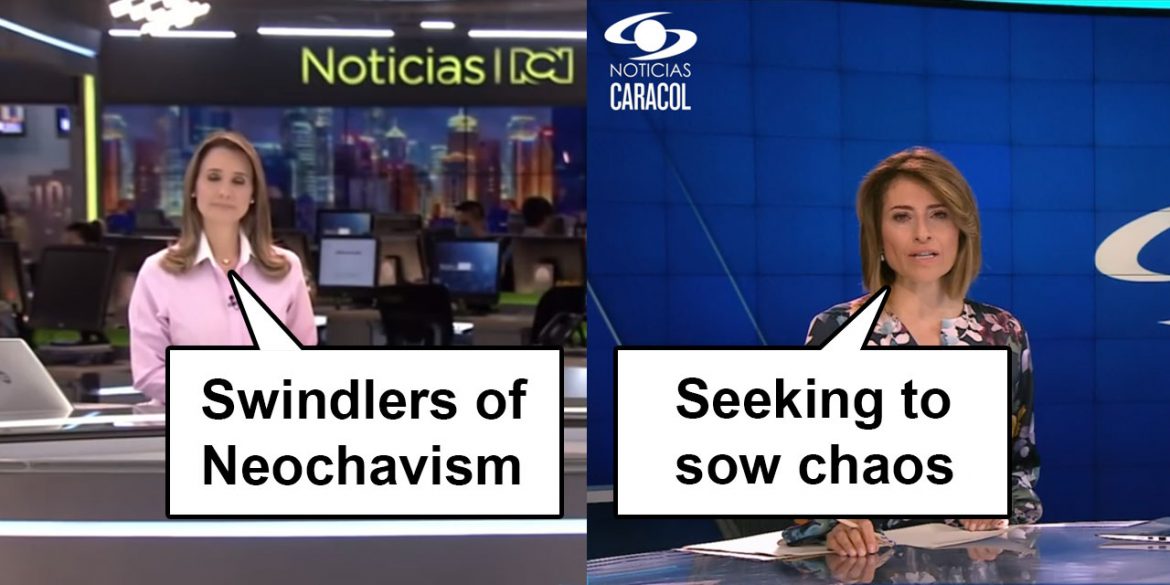 After independent media revealed evidence of ties between #Colombia’s ruling party and the mafia, the country’s corporate television networks were quick to cover this up.

The news programs of RCN Television and Caracol dedicated not even a second to the scandal that led opposition Senator Gustavo Petro to call President Ivan Duque’s 2018 election “illegitimate.”

Noticias RCN: blaming guerrillas for everything 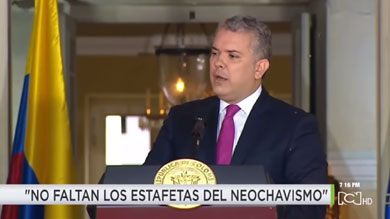 The most striking misinformation came from Noticias RCN, which reported that dissident FARC guerrillas’ alleged increased cultivation of coca was the main cause of deforestation in the central Meta province.

This claim by the governor is contradicted by environmental authorities that say that cattle farming and peasants’ need for land are the main causes of deforestation in the area.

Coca cultivation in the area has been going down, according to the United Nations Office on Drugs and Crime.

RCN omitted the evidence that the regional chief of far-right Democratic Center party had been celebrating Duque’s allegedly fraudulent 2018 election with the mafia.

Instead, the television network broadcast the president talking about “the swindlers of neo-Chavism who want to go out in our nations to sow chaos and ride on the discourse of chaos to their nefarious attempts to assume power.”

RCN didn’t even say who the allegedly illegitimate president was talking about.

Instead of focusing on the flurry of criticism about Duque’s controversial and chaotic response to the pandemic, RCN blamed visibly starving citizens’ “irresponsibility” and “lack of discipline” on an accelerated increase in infections. 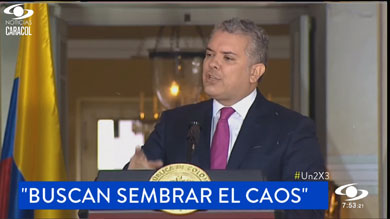 Caracol Noticias focused mainly on the COVID-19 pandemic, allowing government officials to promote the government’s controversial attempt to reopen the economy the health organizations blame for the growing crisis.

Caracol called on citizens to follow government guidelines to prevent the collapse of the healthcare system.

Health organizations, on the contrary, have consistently blamed Duque and his Health Minister Fernando Ruiz of collapsing the healthcare system by reopening the economy without providing personal protection equipment to medical personnel.

The television news network dedicated the rest of its broadcast to local incidents and Mexican President Andres Manuel Lopez’s visit to US President Donald Trump.

Without mentioning the narcopolitics scandal, co-anchor Maria Camila Orozco said Duque’s attack was against people who “exacerbated public sentiment in the country.”

The television network’s cherry on the pie was its environmental segment  on environmental authorities’ rescue of a cute baby tiger cat that was sponsored by EPM, the culprit of one of Colombia’s worst environmental disasters in recent memory.