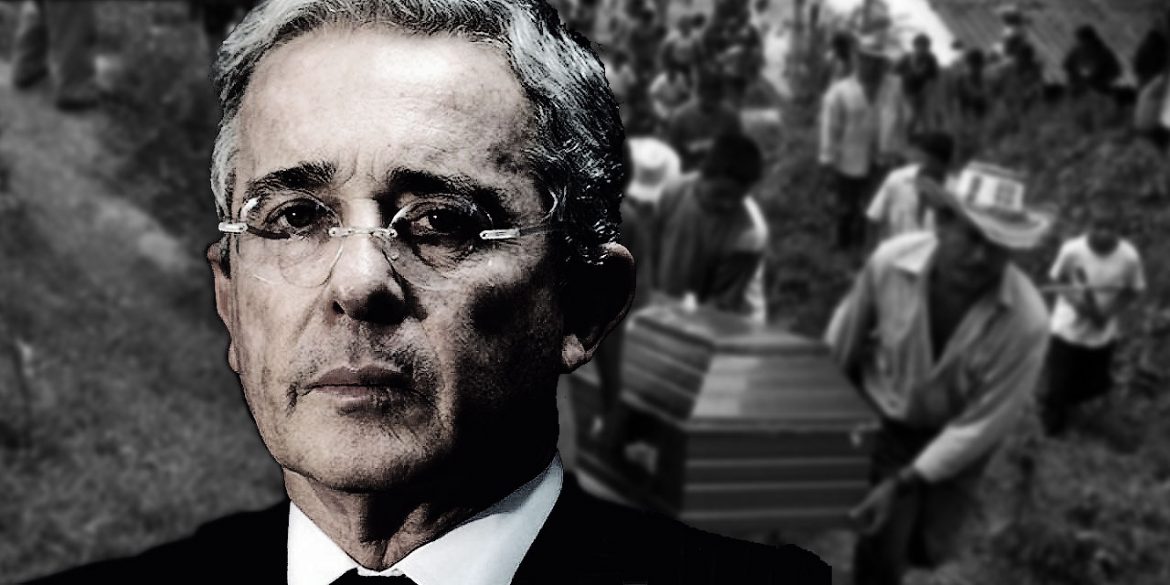 Colombia’s former chief prosecutor said Tuesday he has surrendered evidence that would prove former President Alvaro Uribe was complicit in two massacres to the Supreme Court.

According to former Prosecutor General Eduardo Montealegre, he filed criminal charges against Uribe and surrendered a 93-page document that would contain the evidence proving Uribe was complicit in the 1996 La Granja Massacre and the 1997 El Aro massacre.

He told them not to kill him, to take him to his mother’s, that his mother lived in El Aro, that’s what a paramilitary told me laughing. He told me that when “Yunior” gave the order to kill him, all my little brother did was call for the Virgin.

Montealegre delivered the evidence he has been gathering over the past years after the court last week called Uribe to trial on September 16 to testify on his alleged complicity in the massacres.

The former president, who has been placed under house arrest for allegedly trying to manipulate witnesses linking him to the paramilitaries, at the time was governor of the Antioquia province where the massacres took place.

Multiple paramilitaries have testified that Uribe and his late former chief of staff, Padro Juan Moreno, knew in advance of the massacres that was carried out with the help of the security forces.

According to Montealegre and his former vice-Prosecutor General Jorge Perdomo, Uribe is complicit in the massacres for failing to either prevent or act on the massacre.

He is not accused, for the time being, of having contributed materially or as mastermind to carrying out the events, nor of having ordered them. What he is accused of is the failure to comply with his duties.

The Supreme Court is additionally investigating if Uribe was involved in the 1998 assassination of human rights defender Jesus Maria Valle, who warned the former president of the impending massacres and was assassinated shortly after Uribe left office.

The war crimes tribunal is additionally investigating the Hidroituango hydro-electric dam project on suspicion that the paramilitary groups in the region where sowing terror to save Medellin energy company money in buying up land from local farmers.

The former president has consistently denied any involvement in the massacres.