Colombia’s Supreme Court back in action, elects seven magistrates in one day

Colombia’s Supreme Court elected seven magistrates on Friday, the day after the retirement of a magistrate left it without the two-thirds majority to do so.

The controversial decision followed an institutional crisis caused by an internal power struggle that had blocked the replacement of retiring magistrates since late 2018.

The retirement of magistrate Ariel Salazar apparently ended this power struggle, but is likely to begin a judicial battle about the legality of the new magistrates’ election.

Former President Alvaro Uribe, who is investigated by the court for allegedly manipulating witnesses, immediately rejected the election of a critic of the controversial politician to the high court’s appeals chamber.

The State Council nullified the 2010 election of former Prosecutor General Viviane Morales in 2012 after her 14 of 18 election was challenged by a law student.

How the court broke its way out of its institutional crisis 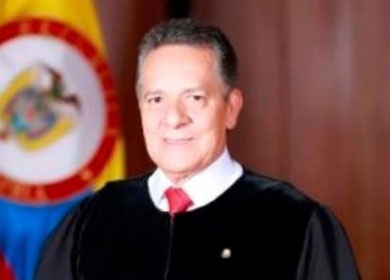 Colombia’s Supreme Court can only elect new magistrates with 16 votes, two thirds of the 23-seat court.

The court’s president, magistrate Alvaro Garcia, warned in December last year that “a group of magistrates” was deliberately obstructing the replacement of candidates in what he called an attempt to impose a “dictatorship of the minority.”

By that time, the court only had 16 magistrates left, meaning that any election had to be unanimous, a deadlock it was unable to break until after Salazar retired on Thursday.

The 15 remaining magistrates decided on Friday that it would forge itself out of the judicial crisis by provisionally deciding that replacements could be made with a 12 of 15 vote.

The fact that some magistrates were voted unanimously proved that Salazar had been obstructing his own replacement, which he previously had denied.

The Supreme Court is currently investigating some of Colombia’s most powerful, but allegedly criminal, actors in politics and justice, making it likely that someone will challenge the court decision.

The criminal chamber of the Supreme Court is not just investigating Uribe, but also former magistrates who have been accused of taking bribes to obstruct criminal investigations against congressmen.

Uribe has already expressed his interest in the election of Magistrate Hugo Quintero, who will be judging him if the former president decides to appeal a possible guilty verdict by the court’s criminal chamber.

An attempt to nullify the election of Quintero and the six other magistrates appears a matter of time.