Colombia’s Supreme Court will enter a judicial logjam unless it is able to replace a magistrate before February 27, a vote that the court president says is being sabotaged.

On that day, the term of magistrate Ariel Salazar ends, leaving more than one third of the 23 seats in the court vacant.

Consequently, the remaining magistrates will be unable to vote in new magistrates or elect a successor to the former chief prosecutor who resigned in May last year already.

Supreme Court president Alvaro Garcia warned in December that the crisis is due to a group of magistrates who have deliberately been blocking replacements.

There are minorities that are obstructing… if at some point I had the means to know who they are, I would bring it to the attention of public opinion but I don’t dare say it because the vote is secret.

Senator Roy Barreras (U Party) warned on Wednesday that the government could use the crisis to declare a state of emergency, assume absolute power and force through announced plans to replace the judicial and legislative branches.

The political patron of President Ivan Duque, former President Alvaro Uribe, on multiple occasions has said that he wants to replace the judicial system that is investigating him for fraud and bribery, and create a one-chamber Congress.

Duque himself has tried to limit the powers of country’s war crimes tribunal, but failed because he lacks a majority in Congress.

An overhaul of the country’s judicial branch would “solve the political and legal problems of many of those involved in the country’s current situation,” Barreras warned as tensions are rising and a crisis seems inevitable.

The powerful enemies of justice

The crisis has its origins in 2018 when the court was expanded with an appeals chamber and the first signs of discord began to emerge.

Amid apparent discord, the court elected only four of seven magistrates in September that year.

Three months later, the Superior Judicial Council handed in four shortlists of candidates for the four magistrates who have retired in the past year. The elections of all of these replacements were blocked, according to Garcia.

The escalation of tensions 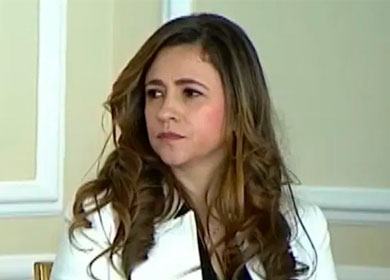 In May last year, journalist Daniel Coronell reported that magistrate Cristina Lombana, an army major who was in charge of the case files of former President Alvaro Uribe, never told the court she worked for Uribe’s defense lawyer in the 1990s.

The court unanimously voted to shield Uribe’s case files from Lombana and forced her to resign from the military.

Lombana hit back and formally accused her colleague Eyder Patiño of being involved with the corruption of Ricaurte, overruling a unanimous vote to absolve the magistrate.

The tensions inside the court became visible while the magistrates who were supposed to be replaced began retiring.

Army involvement and rebellion in the court

Around the time Lombana was involved in the dispute with the rest of her colleagues, National Army chief Nicasio Martinez ordered the wiretapping of the former major, according to a recent report by Semana.

Why is unclear, but according to Semana the information from these wiretaps were sent to the Democratic Center, the far-right party of Duque and Uribe.

According to Garcia, the rebellious magistrates were imposing a “dictatorship of the minority” by taking advantage of the reduced number of magistrates to disallow the election of replacements.

The next day, army battalions were raided and, according to Semana, Lombana found out she had been wiretapped.

Other media reported earlier this month that the magistrate had ordered these raids as part of a preliminary investigation against Uribe that was supposedly shielded from her.

To prevent the court from entering a judicial gridlock, the Supreme Court must unanimously vote in favor of a candidate to replace Salazar.

If the court fails, this would provide Duque’s far-right party “with the best possible excuse to make their third effort to declare a state of emergency.”

A state of emergency could justify the closure of Congress and the closure of the courts with the judicial and political consequences and the institutional damage that come with it. This is an extreme scenario, but it is a possible scenario.

Barreras stressed that “only the Supreme Court can unblock itself, taking the decisions it must take, electing the boards of director, fill the vacancies and elect a prosecutor general.”

But with the Supreme Court president claiming that these votes are sabotaged, Colombia appears to be heading to an unprecedented crisis of which the outcome cannot be predicted.