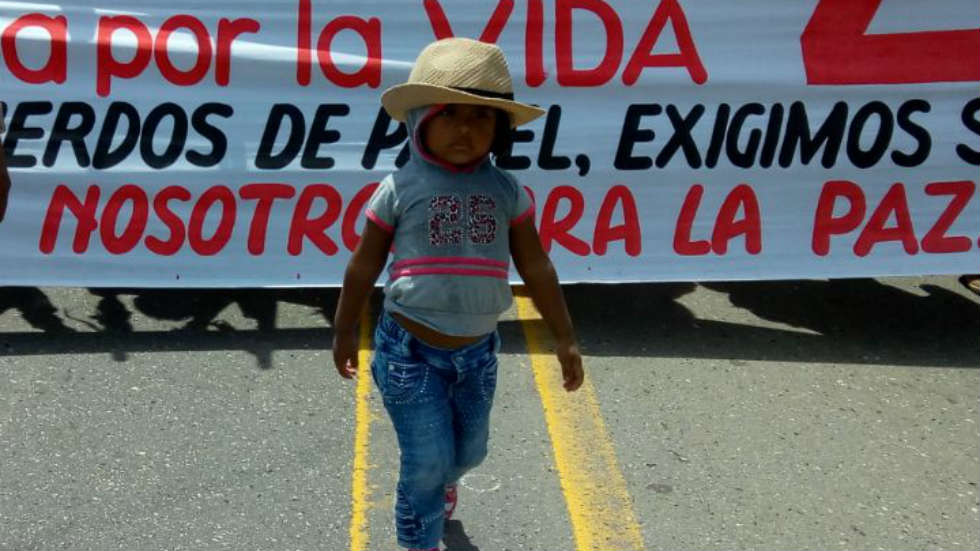 At least 39 people have been injured in the first week of protests by tens of thousands of indigenous Colombians, according to national indigenous organization ONIC.

The indigenous demand government compliance with agreements made to improve the living conditions of indigenous communities that have been battered by violence.

Why indigenous Colombians are protesting (Spanish)

According to the Defense Ministry, 51 police officers were injured when trying to break up road blocks that according to Colombia’s transporters have cost their sector more than $1.5 million (5 billion pesos).

Sixteen people have been arrested, according to RCN Radio.

According to the ONIC, more than a 100,000 people are taking part in the protests that have major trade routes blocked in Cauca and Valle del Cauca. Also the Catatumbo region on the Venezuelan border has been shut down.

The protests have disconnected Colombia’s largest port city for exports and the Ecuadorean border from the rest of the country.

The indigenous protests erupted over allegedly chronic government noncompliance with agreements made with communities, mainly over land use.

The native protesters additionally demand inclusion in an ongoing peace process with the FARC, until a year ago Colombia’s largest guerrilla group.

Paramilitary groups and other armed actors have killed dozens of indigenous community leaders since the beginning of the peace process in December last year.

According to the ONIC, indigenous protesters have also received death threats.

Interior Minister Guillermo Rivera told press on Saturday he would travel to Cauca to join a government delegation that seeks a negotiated end to the protests and the voluntary lifting of road blocks.

The protests in numbers

The last time farmers and indigenous took to street protests and road blocks was in 2013 when at least 4 were killed and dozens were injured or arrested.