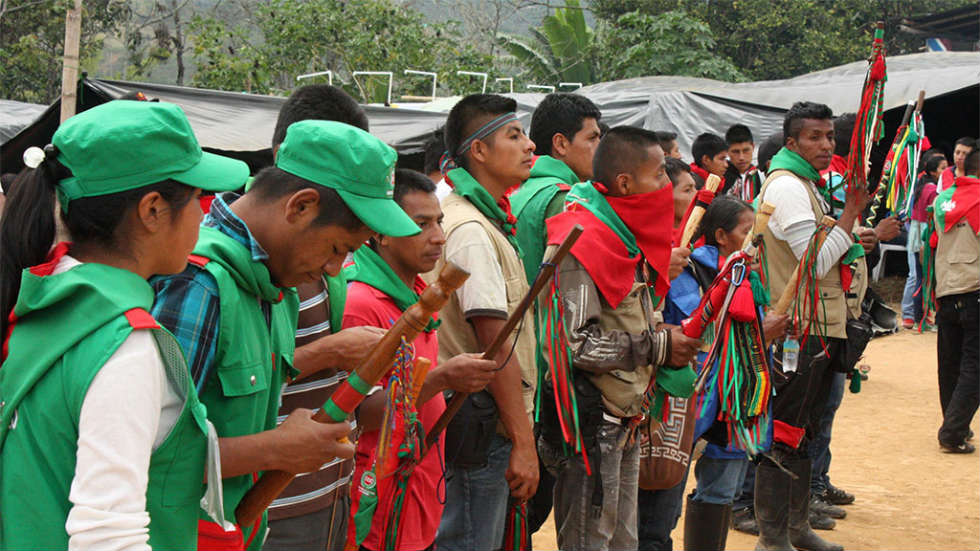 Some 100,000 people throughout Colombia are expected to take part in indigenous protests that seek improved living conditions for the ethnic minority.

Indigenous peoples from across the country joined protests held in Bogota and Colombia’s different rural regions.

For example, in regards to political participation we are excluded, the same with the chapter on the substitution of illicit crops, the system for truth, justice and reparation, and the issue of the agreement’s implementation framework.

Additionally, the indigenous seek attention for the violence imposed on them in spite of the historic peace deal to end more than half a century of violence.

Last but not least, the indigenous demand the government honors “more than 1,000” agreements made with Colombia’s multiple indigenous communities that make up 3% of the national population.

Indigenous peoples from the west of Colombia, where post-FARC violence has been particularly problematic, vowed to be blocking the main road between Choco capital Quibdo and the cities of Medellin and Pereira.

Groups from the southwest announced to be blocking the Pan-American highway connecting the country’s cities to the neighboring Ecuador.

Roadblocks are an illegal form of protest in Colombia that have often resulted in violent police responses.

Many of the communities already took part in a nationwide strike that began last week to demand government attention for extreme poverty and ongoing violence affecting rural regions.

The protests were announced in the presence of the United Nations’ outgoing human rights chief, Todd Howland.

The UN has been monitoring the peace process and, like the indigenous, has criticized the Colombian government over failures to fulfill commitments made to end the hemisphere’s longest-running armed conflict.