According to the transcripts, a drug trafficking organization agreed to help rig the elections not just in the Caribbean region and the director of the CD said she received illegal financing from Venezuela. 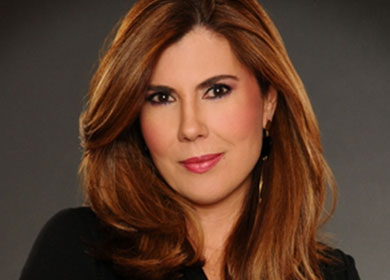 The prosecution surprisingly said Wednesday CD director Nubia Stella Martinez had been interrogated over election fraud after the Supreme Court coincidentally overheard her saying she received $300,000 from a Venezuelan businessmen during Duque’s 2018 campaign.

Martinez made the remark while talking to Maria Claudia Daza, the former personal assistant of former President Alvaro Uribe, who was being wiretapped as part of an investigation into Uribe’s alleged fraud and bribery practices.

This recording became evidence in a second investigation against Uribe that was opened after media revealed wiretaps of Daza conspiring with the drug trafficking organization of drug lord Marquitos Figueroa to rig the 2018 elections.

Daza: What happened with the Venezuelan?

Following her interrogation, the CD director told press she accidentally said “gave” while Martinez meant to say “offered to give.”

The narcos’ support outside the Caribbean region

Martinez’s recorded confession gave a surprising new plot twist to an investigation that initially was about the support of late money launderer Jose Guillermo Hernandez, a.k.a. “El Ñeñe,” to Duque’s 2018 campaign in the Caribbean region.

El Ñeñe was extensively talking with Daza to rig the elections in the Caribbean region while being wiretapped in 2018 because he was the suspect in a homicide investigation.

La Nueva Prensa on Wednesday released a new wiretap of Figueroa’s money launderer in which El Ñeñe was approached by local fashion designer Sandra Isabel Aguilar in May 2018 to help her buy votes in the Santander province.

While in the Caribbean region El Ñeñe agreed to move “money under the table” to businessmen presumably to buy votes, the narco also agreed to invest in Duque’s campaign in Santander, according to the wiretap

Aguilar: I’m very interested in this issue right now because, you know, I voted for Duque… These people, who I’ve worked with, have large groups, so they’re the ones who voted: some voted for Fajardo, so these people want to push them towards Duque, and I’m interested in this. Help me. I need to do that, my life, as soon as possible, so that people don’t pay for them elsewhere.

Duque closer to narco than he wants to admit?

Duque has always denied knowing the late drug money launderer, despite appearing with El Ñeñe in several photos and videos.

The president’s claim became even less credible after the drug money launderer said he needed to talk to Duque personally and promised Martinez he would give her the president’s phone number.

The growing number of wiretap recordings incriminating the president, Uribe and the CD are slowly but surely destroying Duque’s claim to be the legitimate president of Colombia.

More imminently, the Supreme Court’s access to this evidence is making it increasingly difficult for Uribe to stay out of prison as he is now facing three investigations, two of which involve compelling evidence of criminal behavior.