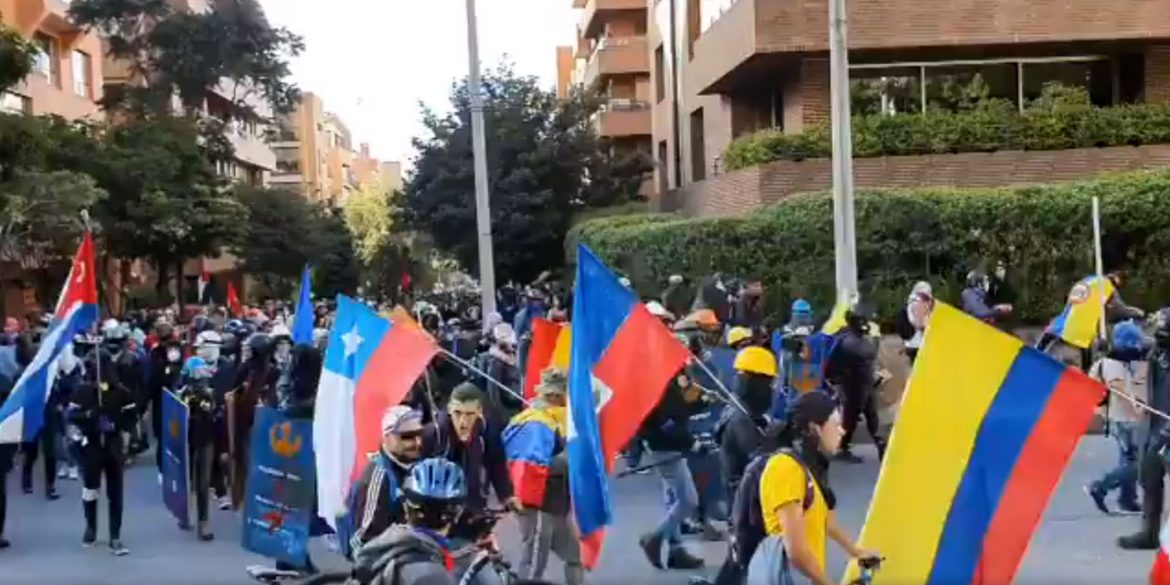 At least one student was injured and several people were arrested after police attacked the peaceful protesters.

Journalists and human rights defenders were intimidated by the notoriously violent ESMAD anti-riot police unit, according to Bogota magazine De Pasillo, which was covering the protest.

According to De Pasillo, the police attacked the protesters after a bus tried to drive through the protest and someone broke one of the windows of the bus in retaliation.

Instead of arresting the vandal, the police attacked the students who had been protesting without incident the entire afternoon. At least one person who was filming the apparently unlawful arrests was also arrested.

According to the Committee for Political Prisoners, the police have carried out more than 1000 unlawful arrests in attempts to quell anti-government protests that began throughout Colombia on November 21.

At least four people have been killed by police and more than 300 protesters  have been injured.

A salute to the rest of the world

Until the police put an end to the protests, members of the so-called “First Line,” a group of volunteers armed with shields to protect other protesters from the ESMAD, carried flags from countries around the world in a salute to people who are protesting against government corruption or oppression.

The protests in Bogota were not organized by the National Strike Committee whose national strike on November 21 sparked anti-government protests that have been ongoing for four weeks now.

Instead, Thursday’s protest was a reaction to the senate approval of a broadly rejected tax reform the night before.

The security forces have violently tried to repress the largely peaceful protests, but with adverse effects; the reported police brutality only mobilized more people while lawsuits and criminal charges are mounting.

President Ivan Duque, whose approval ratings sunk to record lows during the protests, has so far refused to negotiate demands with the strike leaders to end the protests.