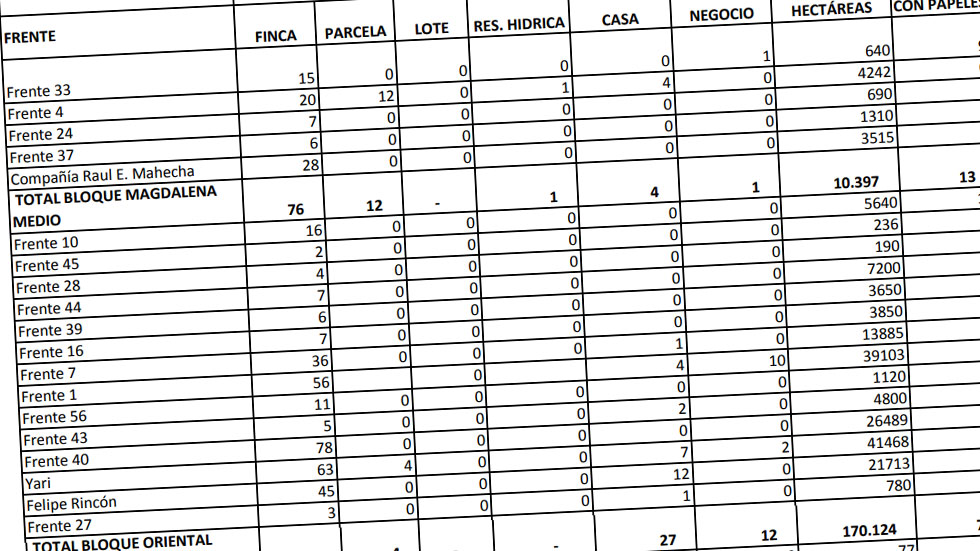 Why are Colombia’s prosecutor general and FARC lying about guerrilla assets?

Both Colombia’s prosecutor general and the demobilized guerrilla group FARC have lied about guerrilla assets meant to repair conflict victims.

Prosecutor General Nestor Humberto Martinez has been a controversial figure ever since taking office last year, mainly because of his close relation to some of the country’s largest corruption scandals.

His position is now even more precarious after falsely claiming the FARC had surrendered a “useless” list of illegally obtained assets meant for the victims of guerrillas.

Martinez’ rejection of the FARC’s inventory was immediately used by opponents of the peace process to claim the FARC was a “sneer” to their victims.

The former guerrillas responded furiously and accused the prosecutor of intentionally omitting major assets on the list.

However, the FARC have also not been honest, according to the inventory that was leaked to weekly Semana.

The magazine obtained the full inventory and concluded that the “useless” assets are worth almost $330 million, not including 267.5 kilograms of gold.

The inventory did not just demonstrate the prosecutor general had grossly misrepresented the FARC’s assets, but also that FARC leader Felix Antonio Muñoz, a.k.a. “Pastor Alape,” had grossly exaggerated his group’s reported assets.

This puts not only Martinez in the corner, but also endangers the political future of the FARC, who are obligated to surrender all their assets before being allowed into Congress, as agreed in the 2016 peace agreement.

Delicately, the leaked inventory showed that dissident groups formed from the FARC have been appropriating properties that used to belong to Colombia’s longest-running guerrilla group since the peace process began on December 1.

This means that the Colombian state would effectively have to take control over former FARC territory in order to be able to seize the properties once in the hands of the demobilized guerrillas.

Without doing so, these reported assets would indeed by “useless” as they would be out of reach of Colombian authorities, who have failed to effectively move into former FARC territory and impose state authority.

With the FARC exaggerating their reported assets and the prosecutor general failing to accurately report former FARC property, Colombia’s conflict victims have to yet again deal with the consequences. It is their future that is at stake.

Colombia’s already divided public can choose whether to take the word of a ruling class that has become infamous for embezzling public funds or a former guerrilla group that has terrorized the country for decades, or believe neither.

The last time an illegal armed group demobilized, victims were promised $650 million in reparation. Ultimately, they received $103.6 million, according to the Victim Reparation Fund in 2016.

Dozens of politicians have since been investigated for embezzling seized assets.