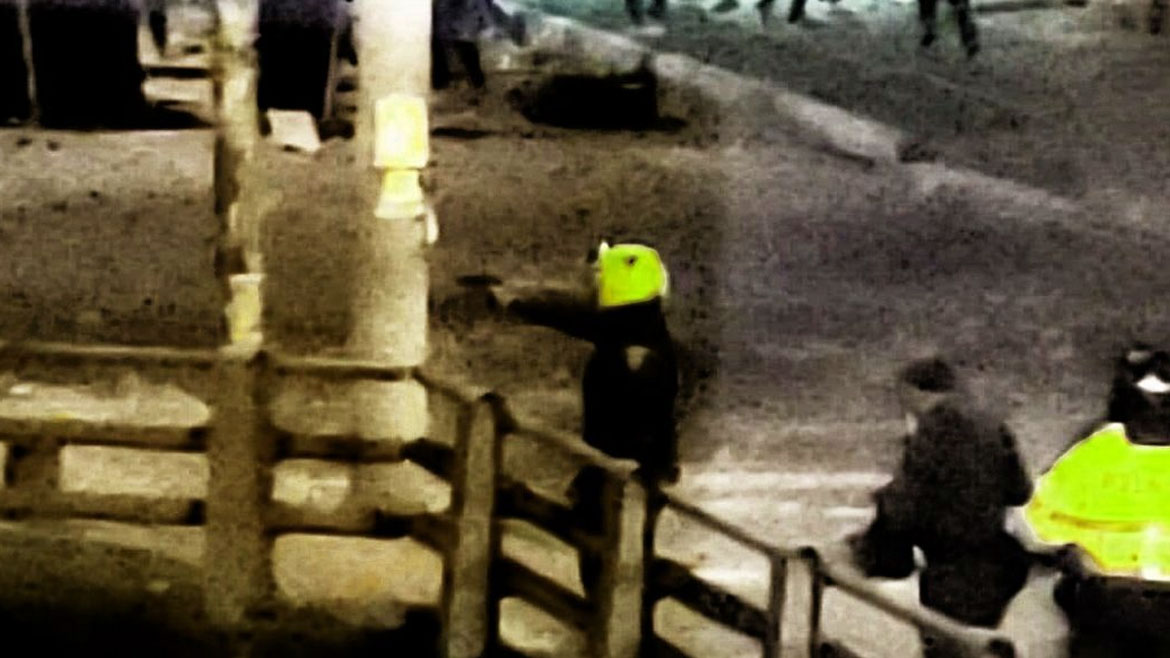 Colombia’s prosecution has made little progress in the investigation of last year’s Bogota Massacre during which police allegedly murdered 13 people to quell an uprising.

The alleged police massacre in the capital and the neighboring city of Soacha injured another 300 people of whom 75 were shot.

According to newspaper El Espectador, the Prosecutor General’s Office has established that some 370 police bullets have been unaccounted for since the massacre on September 9 last year.

Ten months after investigative journalism website Cuestion Publica reported four policemen had been identified as the suspected killers of four victims, these cops have been charged.

The charges sought to comply with a ruling of the Cundinamarca Administrative Tribunal, which ordered authorities to prosecute the cops suspected of assassinating Bogota residents German Puentes, Angie Paola Baquero, Jaider Fonseca and Felipe Rodriguez.

None of these suspects are in jail, however, as the prosecution never issued a warrant for their arrest. The prosecution has apparently failed to effectively investigate other policemen and commander allegedly involved in the massacre.

The failure to investigate impeded to establish the alleged responsibility in the massacre of President Ivan Duque, Defense Minister Diego Molano, Interior Minister Daniel Palacios and the top of the military.

The commanders of the security forces and Duque’s closest aides coordinated the brutal response to the uprising that followed the brutal murder of Javier Ordoñez.

One of the cops who murdered Ordoñez, Juan Camilo Lloreda, has been sentenced to 20 years in prison.

A prelude to terror

Locals from told Noticias in December last year that they felt forced to leave Verbenal, one of the neighborhoods where local cops allegedly murdered civilians.

We’re going to have to move because we’re suffering a lot of police harassment since they killed our brother. They haven’t left us in peace the past three months, they’re on top of us.

Video footage from the massacre showed that there are no more than a dozen suspects between the officers working at the Verbenal police post and the reinforcements they called in.

Three of these cops where filmed opening fire on the locals protesting against the rampant police brutality that ended up killing Ordoñez.

Police harassing Bogota Massacre victims as Colombia’s authorities do nothing

From Bogota to the rest of Colombia

The failures to prosecute those allegedly involved in the Bogota Massacre may have given authorities the impression they could get away with mass murder.

At least 72 people throughout Colombia were assassinated during largely peaceful anti-government protests that kicked off in April, according to human rights organization Temblores.

The NGO gave the human rights commission of the Organization of American States (OAS) evidence indicating that police committed 44 of these murders and were suspected in another 11 that were still under investigation.

Following the brutal repression of the protests earlier this year, the IACHR put Colombia on a special watchlist that would allow the OAS body to monitor progress in investigating the state terror.