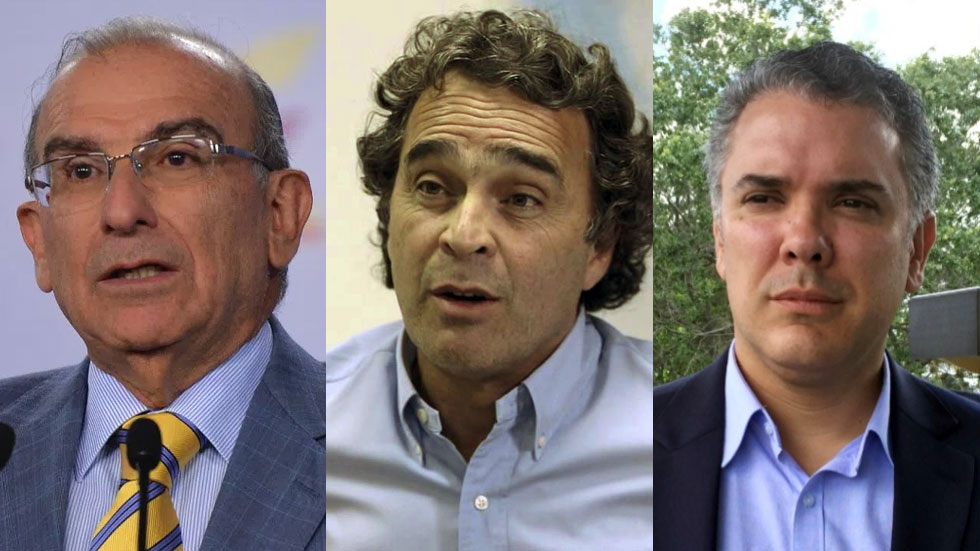 Pollster Datexco concluded this after a poll held among 325 business leaders who attended a recent summit of the ANDI, Colombia’s business association.

The favorites of Colombia’s business community

However, after a close political ally of him was arrested for ties to Medellin crime syndicate Oficina de Envigado, Fajardo announced to run independently.

Before leading successful peace talks with Colombia’s largest rebel group FARC between 2012 and 2016, Humberto de la Calle had been vice-president under controversial former President Ernesto Samper between 1994 and 1997.

According to De la Calle, his priorities as president would be to make sure the successful continuation of an ongoing peace process and increased success in combating corruption.

Senator Ivan Duque is the most popular of candidates loyal to Colombia’s former President Alvaro Uribe, under pressure because of mounting accusations of war crimes.

While not officially the candidate Uribe’s hard-right Democratic Center party, Duque has been tipped as the most popular of opposition candidates in the upcoming primaries of the party.

No other (presumed) candidate was able to receive more than 10% of the business community’s votes.